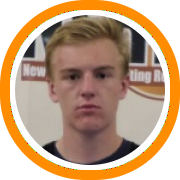 With pool play concluding in the morning, bracket play began in all age groups on Sunday afternoon throughout southeast Massachusetts. More than 700 teams were narrowed down a handful of teams who won their pool, and the following navigated the talent-filled playoff field & earned the right to be crowned Zero Gravity National Champions on Sunday afternoon. The first quarterfinal game went into overtime, as the New England Playaz topped Castle Athletics, 69-66. Tysheem Pickett came up with some big finishes around the rim late in the second half and in overtime. Cairo McCrory used his athleticism to overwhelm his man on defense, and Daniel Dade continued his strong weekend while running the show for the Playaz. Middlesex Magic defeated Mass Select in a game featuring three talented big men in Rhett Carter & Patrick Mogan for the Magic, and Kyle Lubinski for Mass Select. In the final quarterfinal, BABC defeated Rise Above Basketball behind the quartet of Brycen Goodine, Mitch Doherty, Kyle Murphy & Darion Jordan-Thomas. PTT gave the Playaz all they could handle in the first semifinal. Point guard Jackson Benigni has some Shaughnessy-like qualities to him with his competitiveness and ability to will his team within a game. With the lead much of the game, Pickett again turned the tides with clutch baskets, and the Playaz came back for a 62-54 victory. BABC propelled themselves to the finals, as well, after defeating the Middlesex Magic. A competitive first half in which Magic point guard Tyler Kolek drilled a couple deep 3-pointers resulted in a 28-22 BABC lead at the half. Murphy started to heat up from outside in the second half for BABC. They would open it up late due to their relentless pressure, and a team-oriented win set them up for a date with the Playaz in the finals. BABC's depth and 3/4 court pressure defense wore down the Playaz in the final. This particular BABC team always seems to play better as the weekend progresses. Jordan-Thomas threw down several thunderous dunks in the first half, Goodine controlled the pace & tempo of the game, and Doherty's three consecutive steals in the second half lead to easy run-outs for his teammates, resulting in a 10th grade DI title for BABC. The 10th grade DII bracket featured some of the top out-of-region teams in the field, as the semifinals featured Philly Freedom Stars LV (PA), Team Peake (MD) & Tarheels Elite (PA), with Maine Renegades Black representing New England. After two competitive semifinals, Tarheels Elite emerged with a 3-point victory over Philly Freedom Stars, 76-73, to capture the DII title. The DIII bracket was no different in featuring programs from outside New England, as Bluewave Basketball (NY) defeated NJ Premier Backetball (NJ), 64-60.