ZG Battle for the Belt recap 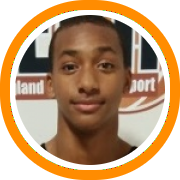 Zero Gravity played host on the final leg of their fall circuit this weekend at Nashua Sports Academy, The RIM, Plaistow YMCA, and Derry Sports Center as part of their loaded Path to the Belt tournament field.

BABC took home two more championships this fall in the varsity and tenth grade divisions, dominating the competition and completing their fifth consecutive undefeated season on the ZG fall circuit. Expressions Elite were champions in the ninth grade American division, tearing through the competition and knocking off a scrappy BV Chaos team in the finals. It was BRI coming away with the title in the ninth grade national division, while Mig’s Team took home a championship in the tenth grade national and NH Flight-Moreno the title in the varsity national division.

In one of ZG’s most competitive events yet, here’s a look at the individuals who impressed:

Terrell Brown (BABC) – The skilled big man hit shots from all over the floor on Sunday, showing off range that goes well beyond the three-point line. He was the most intimidating player in a gym full of talented players this weekend.

Paul Durkee (BABC) – Durkee his seemingly every jumpshot he took on his way to helping lead BABC to the tenth grade title, showing off his much improved range and smooth shooting from outside.

Rivaldo Soares (Expressions Elite) – A fierce finisher in transition, Soares proved once again why he is one of New England’s most promising prospects in the 2019 class. He showed off his whole offensive repertoire on his way to leading Expressions to the ninth grade title.

Thomas Shaughnessy (Middlesex Magic) – Shaughnessy was exceptional all weekend, but brought his best game against BABC on Sunday afternoon – a game the Magic narrowly lost 57-54. One of the breakout stars of the ZG fall circuit, big things should be expected of him at Needham High this year.

Joe Sekator (Beantown Bulls) – Sekator was one of the best scorers in the gym this weekend, showing he can hit shots from outside, off the dribble, and even finish above the rim. An exceptional athlete with a polished offensive game, he’ll be one of Rhode Island’s very best talents this year at Coventry High.

Shandon Brown (BABC) – BABC did it with defense once again on their way to a Path to the Belt championship, and Brown’s efforts were a big reason why. An exceptional finisher in transition, his upper body strength allows him to play much bigger than a player who stands at 5-foot-10.

Daman Tate (Expressions Elite) – Tate was a force all weekend long for Expressions’ ninth grade team, scoring from all over the floor and giving his team a secondary ballhandler when necessary.

Martin Mann (BABC) – Mann’s length at the top of BABC’s press gave other team fits all day long on championship Sunday, forcing turnovers at a consistent rate and putting down some high-flying dunks – much to the delight of the crowd on hand.

Chris Camille (Expressions Elite) – He’s considered to be one of New England’s most promising 2019 products, and the full arsenal of skills he had on display this weekend are a big reason why. A thoroughbred athlete with a strong body, he can finish with seemingly anyone guarding him – point guard or forward.

Maurice Works (BABC) – Works often is touted as a great defender, which he is, but his playmaking in the open floor is what really made him stand out this weekend. The heady point guard showed an improved shooting stroke, giving BABC a consistent shooting presence from behind the arc.

Jamal Allen (Beantown Bulls) – Allen was lights-out from behind the three-point arc on Sunday, helping lead the Bulls to a title game appearance before falling to a powerful BABC team. He should have quite a year this year at Lincoln-Sudbury High.

Jakigh Dottin (BABC) – Playing on a team full of scorers, Dottin did a number to look for his own shot this weekend. His assertiveness paid dividends, as he was a big piece in BABC’s varsity division championship.

Preston Santos (Expressions Elite) – The only way to describe Santos is to call him a pure scorer. He looks to get his own shot whenever he gets the ball, often showing off his distinct ability to get to the rim on anyone in his way.

Dana Tate (Expressions Elite) – The versatile swingman had one of the best weekends of any player at Battle for the Belt, hitting shots from behind the three-point line and getting to the rim seemingly whenever he wanted to.

John Adams (BV Chaos) – The athletic forward played perhaps his best weekend of the fall circuit, giving Chaos a constant rebounding and defensive presence while adding a soft touch with the ball in his hands on offense.

Joey Nuttall (BV Chaos) – A pure scorer with an improving outside jumper, Nuttall was one of the top scorers in the ninth grade field while helping lead Chaos to a finals appearance against Expressions Elite.

Amir Moss (Blue Wave) – His team came up two points short in a heated semifinal against Beantown Bulls, but Moss was exceptional in the loss. A powerful player who is absolutely relentless when driving to the rim, he got into the paint or to the free throw line at will on Sunday.