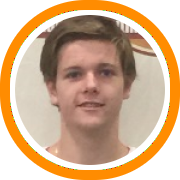 The Massachusetts state association crowned their champions two weekends ago at the DCU Center in Worcester and when it was all said and done there were a series of terrific stories:

Putnam won their second consecutive division I state championship and wrapped up a perfect season in the process, holding off a late surge from Central Catholic and finishing 25-0 on the season.  The Beavers rallied around their Western Massachusetts roots, taking pride not just in their second consecutive title, but also in the fact that the D1 championship has now gone to a team from the western region in three straight seasons.

David Murrell put together the latest big performance in his storied career, finishing with 22 points and 8 rebounds.  Fellow senior Dizel Wright took on the challenge of defending the Gatorade Player of the Year, Tyler Nelson, and made him work for all 17 of his points, while coming up with six steals of his own.  Nick Cambio sparked Central Catholic’s second half run, finishing with a game high 27 points, but CC could never get over the hump, as they finished the season with an overall record of 23-5.

The state championship solidified Putnam’s spot as the best high school basketball team in the state of Massachusetts as they not only finished atop the final ESPN Boston poll, but became the first team in state history to hold the top ranking throughout the course of the entire season .  The Beavers have now won 34 straight games and have put together an overall record of 49-1 over the course of the last two seasons.

New Mission closed the season with a 21 game winning streak of their own in a stretch that included their first ever Boston city championship and then the division II state championship.  In fact, the Titans went relatively uncontested through the field, with their 8 point semifinal win over Milton being the only time they failed to win by double figures.

Senior swingman Asante Sandiford scored a game high 18 points while Shaquan Murray and Tyrique Lee each had 11 for New Mission.  Blaine Taylor also had 11 and was Concord-Carlisle’s top scorer.

New Mission finished the season second overall in the ESPN Boston poll after their only MIAA loss of the season came back in December to Putnam.  The Titans have now won three state championships in the last five years but have applied to compete in division I of the MIAA next season.

Cardinal Spellman’s inspiring run through the state tournament came to an appropriate conclusion when they won the state championship in honor of their former teammate Joey Glynn, who passed away last June at the age of 19.

From the warm-up shirts with Glynn’s #21, to the ceremony retiring that number in the Cardinal Spellman gymnasium, to the black band on every player’s jersey, the reference’s to the fallen star couldn’t be missed.  Even more heart-warming through were some of the incredible moments in Spellman’s state championship run including improbable comebacks and “All for Joey” chants from their passionate fan base.

The final chant came near the end of the state championship game, shortly after Ryan Roach’s alley-oop pass was finished with a dunk from Rory Donovan.  Roach finished with 14 points while Donovan had a double-double with 11 points and 11 rebounds.  Another senior, Austin Joseph, had 11 points after icing the game at the free-throw line in the final minute.  Collin Sullivan had four three-pointers for 12 points.

St. Clement escaped with the state championship after Quaboag missed three different attempts from behind the three-point line in the last 40 seconds of action.

Brandon Williams was held to six points after leading the way with 22 in the semifinals, but Eamon Joyce scored 18 points while grabbing 8 rebounds in the middle and Emaru Pena hit four threes, including what proved to be the game winner.  Jake Wisniewski led Quaboag with 20 points and 15 rebounds while Ethan Lacaire had 17.

Last week ESPN Boston announced their first-team, second-team, and third-team all MIAA along with an honorable mention list.  The first team consisted of the Putnam tandem of Wright and Murrell and Central Catholic’s Nelson along with North Quincy senior big man Anthony Green and Durfee junior forward Tyree Robinson.

Dizel Wright was named Defensive Player of the Year while North Quincy’s Green, Putnam’s Garcia, St John’s Davon Jones, and Brookline’s Obi Obiora were named to the All Defensive Team.

New Mission’s Cory McCarthy was named the Coach of the Year by ESPN Boston.