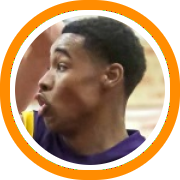 Four different state champions were crowned last weekend at Mohegan Sun Arena, culminating another exciting season in the CIAC.  Here’s a look back at those finals as well as well as the Connecticut High School Coaches’ Association All-Star Game from earlier this week.

Sacred Heart came into the game as the heavy favorite but got as much as they could handle from Valley, who held a 35-29 lead at halftime.  The game ultimately went down to the wire with Sacred Heart only separated themselves within the last 60 seconds.

Junior big man Malik Petteway dominated the interior to finishing with 17 points and 17 rebounds.  He had four offensive put-backs in the second half to spark the Sacred Heart comeback.  A packed in Valley defense didn’t allow anything easy for Mustapha Heron, who finished with 14 points, but Isaiah Rascoe and Tyrn Flowers both stepped up with 15 and 11 respectively.

The Eagles also got terrific production out of both of their senior stars.  Tyrell Arnum went 12-17 from the floor to finish with 26 points along with 16 rebounds while Winston Morgan had 21 points while stabilizing the team with his decision making.  Jeff Czapla provided a sparkplug off the bench with 13 points.

Weaver advanced to their second state final in as many years and promises to be a pre-season favorite again next year as they return a talented young core including KeAndre Fair, Jaecee Martin, and Chaylynn Martin.

A back and forth battle ultimately came down to the very last minute as Windsor sophomore sharpshooter Cody Quinn came off the bench to drain four consecutive free-throws in the game’s final thirty seconds.

Warriors’ senior point guard Tyler Rowe was the star of the day though, scoring 25 points while converting 10 of his 11 attempts from the charity stripe.  Tynique Woods-Culver showed his highlight reel athleticism for 10 points as well while Career was led by 18 points from powerful forward Jordan Lomax.  Amos Ford had 15 for Career while Tyreek Perkins added 10.

The state championship was the fourth for Windsor head coach Ken Smith.

An incredibly dramatic Saturday night main event saw Fairfield Prep dominate the first half to take an 18 point lead into halftime, only to see Bridgeport Central come storming back in the third quarter behind their relentless full court press, forcing 11 turnovers in the eight minute period.

The fourth quarter was a back and forth affair representative of what were clearly the two best teams in the state.  Bridgeport Central senior forward Orhan Cecunjamin drove around Paschal Chukwu to convert a reverse lay-up with 21 seconds left in what would prove to be the game winner.  Tyler Ancrum knocked down a pair of free-throws seconds later to stretch the lead to three.