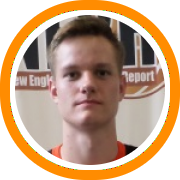 With two of the three sneaker circuits set to wrap up their seasons this week, here's a look at what to watch beyond New England's borders in the first week of the live period.

EYBL 17U programs from the Northeast part of the country comprise an overwhelming portion (8 out of 24 teams) of this year’s Peach Jam qualifiers. Vermont Academy star Christian David continues to rehab the torn ACL he suffered during the NEPSAC AA Championship Game, leaving Canada’s CIA Bounce, the New Jersey Playaz, and the Philadelphia-based Team Final as the only programs without New England prospects playing a pivotal role in their success.

The PSA Cardinals head into the Peach Jam boasting the best record (14-2) of any local team during the EYBL regular season and looked primed to make a run at the title. Led by consensus top-5 national prospect Mohamed Bamba, consensus top-5 point guard Quade Green, consensus top-50 prospect Brandon Randolph, and Commonwealth Academy’s 6’7” do-it-all beast Hasahn French, who is criminally underrated by the consensus in this man’s opinion, PSA is supremely talented but is also well-coached, well-rounded, and plays some of the best team basketball on the circuit. St Luke’s star Walter Whyte rounds out PSA’s normal starting lineup and has killed teams who have overlooked him in EYBL play.

Nationally-ranked rising 6’2” sophomore Cole Anthony (Archbishop Malloy, NYC), 6’10” big man Deng Gak, a rising junior from Blair Academy (NJ), and 6’6” Najjia Hunter, who along with Bamba and Randolph give PSA a dangerous trio of prospects from Westtown School in PA, round out the PSA rotation.

Green currently leads the EYBL in assists by a large margin (10.5 per game to Trae Young’s 2nd place 7.1) and remained the circuit’s elite floor general even without the services of Bamba, who missed the final two stops on the EYBL tour with a high ankle sprain. PSA’s ability to remain atop the standings over the course of Bamba’s injury allowed them to gain confidence both individually and as a team. French, Whyte, and Randolph all comfortably stepped into larger roles in order to fill the void left by the big man. The fact that Bamba seemed to enjoy it more than anybody and constantly encouraged his teammates from the bench, despite being noticeably frustrated and disappointed by his injury, speaks volumes for the job Terrance Williams has done with this PSA squad.

PSA opens against Nike South Beach on Wednesday at 5:30pm.

The BABC and Expressions Elite each finished 9-7 during the EYBL regular season and head into this year’s Peach Jam with momentum of their own.
Expressions features a starting five that can go toe-to-toe with anyone on any sneaker circuit, as local products Tremont Waters, Jermaine Samuels, Kimani Lawrence, and Jordan Hardwick team with Nick Richards, a bouncy 7-footer and consensus top-20 prospect in the ’17 Class from NJ’s Patrick School. Samuels and Lawrence are currently #1-#2 on the team in scoring at 15.7 and 13.1 points per game respectively, but Expressions will undoubtedly go as far as Waters can take them.

The 5’10” South Kent star has always displayed poise and intelligence beyond his years but Expressions is at its best when Waters is playing a true point guard role, distributing for others, and making defenders pay once they sag off him and into the lane, disrespecting the elite range on his jumper. Waters heads into the Peach Jam averaging 12.7 points, 4.8 assists, 3.6 boards, and 2.4 steals, while shooting 42% from the field, 38% from 3, and 88% from the line.

Commonwealth’s Derrick Ellis and Hillhouse-New Haven’s Joey Kasperzyk give Expressions two playmaking point guards who have provided a spark off the bench all season. Expressions opens play against DC’s Team Takeover on Wednesday at 8:30pm.

Meanwhile, the BABC is simply looking forward to having their entire roster healthy and at their disposal. Injuries to multiple players have forced Bishop Hendricken’s Justin Mazzulla, Tilton’s Terrell Brown, and the Vermont Academy duo of Marcus Santos-Silva and Corey Romich to expand their roles and become the unquestioned leaders of this year’s team.

Stifling team defense and the ability to call upon a multitude of offensive weapons is still the BABC’s calling card but they also feature some of the EYBL’s most productive players from an individual statistic point of view too. Santos-Silva has used his 7-foot wingspan and bruising frame to own the EYBL paint and corral 9.2 Rebounds per game, good for 10th on the circuit. Mazzulla is the EYBL’s 3rd-leading Assist man, dropping 6.6 dimes a contest. Romich’s 37 3pt FGs are good for 7th in the EYBL. The 6’10” Brown has come into his own and currently sits 6th in the EYBL in Blocks at 2.1 per game.

St Andrew’s 6’7” rising junior Cole Swider gained invaluable experience filling in with the BABC’s 17U squad and is now prepared as anyone to contribute to their run. With Bailey Patella, another Vermont Academy product, Cambridge’s Jakigh Dottin, and Governor Academy’s Jaylyn Hinton now entirely healthy, BABC might be able to peak at the right time.

BABC plays Team Final on Wednesday at 8:30pm in their opening game.

Platek has garnered offers from the like of North Carolina, Butler, Harvard, and Stanford for his ability to shoot the 3. Even after cooling down some over the last two stops, Platek heads into the Peach Jam hitting 45% of his long distance shots. Gaines has been relentless on the glass and attacking from the wing, averaging 15.7 points and 9 boards. Zoriks provides a steady hand at the point while Miller gives Albany interior depth behind 6’9” Hameir Wright (Albany Academy) and 6’6” Naz Carter (Bishop Kearny HS in Rochester, NY).

The City Rocks also finished 9-7 during the EYBL’s regular season but lost their final four games down in Georgia and will head into this week with a chip on their shoulder. They play a loaded Cal Supreme team at 9pm on Wednesday night in their Peach Jam opener.

The NY Rens are the final Peach Jam qualifier from the Northeast with New England prospects on their roster. Andy Borman’s crew has been enigmatic thus far and finished with an 8-8 record in the regular season. But the Rens also have the talent and ability to beat anybody at any given time.
Putnam Science’s Hamidou Diallo has put on a show throughout the EYBL season for the Rens and has every blue blood program in the country vying for his services at this point. Kentucky, Duke and UConn are the perceived leaders but Diallo has done a great job of playing it close to the vest. Vermont Academy’s 6’8” combo wing/big Jordan Nwora is a true inside-outside presence who has raised his own stock considerably throughout the season. Nwora now counts UConn, Butler, Florida, and Florida State amongst his list of suitors heading into the summer months.

The Rens also feature one of the most talented scorers in the nation with Bishop Stepinac’s 6’7” wing Jordan Tucker, who’s as deadly from deep and at the rack as anyone in the circuit, and one of the nation’s best floor generals with Christ the King’s Jose Alavarado.

The Rens open with Florida’s Each-1/Teach-1 at 7pm on Wednesday. They’ll also match up against the BABC on Friday morning at 9am in pool play.
Three 16U teams with local products will also compete in the EYBL’s Sweet Sixteen at Peach Jam as well.

The PSA Cardinal’s 16U squad features local products from across the NEPSAC. Commonwealth Academy 6’9” big man Arashma Parks (’18), MacDuffie 6’7” PG/wing Ismael Massoud (’19), and NMH 6’8” big Maxwell Lorca-Lloyd (’19) are part of a deep squad that won their division’s championship at this year’s NERR HoopFest and should also be a force within their division at this week’s Peach Jam.

New England will also be extremely well represented on the Adidas circuit this week woo, as Vis Patore’s Mass Rivals and TJ Gasnola’s New England Playaz programs are two of the favorites heading into the Gauntlet Finale.

Rivals finished with a 7-1 record behind a ridiculously loaded roster that features multiple high major prospects at every position. Lead guards Makai Ashton-Langford and Wabissa Bede have continued to share the floor well together for Rivals, much like they did this past season at Cushing, and also have teammate Jarrod Simmons to look in the post.

The stacked roster seems to accept their roles within the system, while being led by Ashton-Langford’s electric playmaking ability and Swain’s smooth outside stroke. Ashton-Langford is now accepted as one of the nation’s premier point guard prospects with UConn, Louisville, and Providence working hardest for his services. After committing early to Yale, Swain is currently Rivals leading scorer in Guantlet play at 14 points per game.
Rivals takes on the winner between Just Win and Gamepoint Elite, two programs who played up from their Silver Division this year, on Thursday at 12pm.

The Playaz roster includes five Northfield-Mt Hermon prospects --Davidson-commit Kellen Grady, Princeton-commit Jerome Desrosier, and Tomas Murphy from the Class of ’17, plus Nate Lasczewski and Chuck Hannah from ’18-- along with Putnam Science’s Darnell Brodie and Commonwealth’s Shyheim Hicks, who have led them to a 7-1 record within the Adidas circuit.

Grady has been his usual productive self since returning from a few nagging injuries earlier in the spring and is one of the best lead guards on the circuit. Hannah has asserted himself in the Adidas paint and become the team’s leading rebounder (6.5 board per) while earning offers from Boston University and Pennsylvania in the process. Meanwhile, Lasczewski and Hicks give the Playaz two consistently dangerous deep threats who have shown the ability to catch fire on multiple occasions.

The Playaz open with the winner of Garner Road and Pump-N-Run, both playing up from Silver, on Thursday at 2:40pm.

Both programs with also have teams competing in the 16U division of the Gauntlet Finale.

Rivals will be led by Belmont Hill’s Jovan Jones and Putnam Tech’s Taelon Martin attacking from the outside to go along with the inside threats of Brooks’ 6’8” Keigan Kerby and MacDuffie’s 6’7” Akok Akok, who has improved dramatically over the course of the spring.

The younger Playaz group will be led by Newton North’s 6’2” scoring machine Ethan Wright and the steady hand of Rivers’ Tyler Aronson at the point. Tolmon (RI) 6’7” rising sophomore Dyondre Dominguez and Brookline’s 6’5” Chris Camille will give the Playaz weapons on the interior.

Two of New England’s younger nationally-ranked prospects will be competing in the Under Armour All-American Camp this week, as Putnam Science’s Eric Ayala and Cheshire Academy’s Chol Marial will matchup against the best players from UA’s Association circuit.

Ayala, a powerfully built 6’3” guard, has impressed throughout the circuit’s season with WE-R1, who will also be a part of the 17U Association Finals, and has formed the circuit’s best backcourt alongside Trevon Duval.

Marial recently held his own against the top big men from the ’17-&-’18 class during the NBPA’s Top 100 Camp, after dominating in spurts for the Connecticut Basketball Club in 15U Association play.