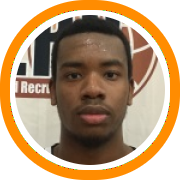 The final rankings for New England’s class of 2017 are now set in stone, putting the finishing touches on a historic group that featured elite prospects who still have a lot to figure out over the next few weeks. As we did last year, it’s time to take a look at how this year’s graduating class stacks up against the groups that came before them.

The best way to measure prospect classes against one another is to start at the very top. Using the ESPN-100 as our guide, we’ll examine how the Class of 2017’s elite players, unique strengths and overall depth holds up against other graduating classes in New England’s recent past.

CLASS OF 2012 REMAINS THE STANDARD

Like a fine wine, the class of 2012 keeps getting better with age. Rarely in today’s game will a class featuring three one-and-done players, a total of nine early-entry NBA draftees, and see their highest pick get taken four years after they left the prep ranks. But when the Timberwolves selected New London’s Kris Dunn with the 5th pick in last year’s NBA Draft, that’s exactly what happened to New England’s Class of 2012.

Adding to the absurdity, the NBA isn’t the only major professional sports league to benefit from the gluttony of riches in New England’s class of 2012. Amir Garrett, the 12th-ranked player in 2012, came to Bridgton after being selected in the 22nd Round of the 2011 Major League Baseball Draft by the Cincinnati Reds. The Reds thought so highly of Garrett’s future on the mound that they gave the 6’6” lefty a $1-million signing bonus and allowed him to continue his basketball career at St. John’s.

Garrett spent one semester at Bridgton before enrolling at St. John’s for the second semester, where he averaged 7.4 points, 4 rebounds, 1.3 assists and 1.3 steals in 22 games for then-coach Steve Lavin. Garrett would spend one more season with the Johnnies, where he was teammates with Sampson on a 17-16 squad during the ’12-’13 season, before starting his journey to the Major Leagues.

Staying true to the class of 2012’s narrative, Garrett swiftly rose through the minor leagues over the last few seasons and dazzled in his Major League debut on April 7th. Consistently hitting 95mph on the radar gun, Garrett went 6 strong innings, struck out 4 batters, gave up only 2 hits and didn’t allow a run to earn the win. In his 3rd career MLB start, Garrett struck out 12 Baltimore Orioles batters in just 7 innings, making him the 14th member of New England’s class of 2012 to earn millions playing the sport they love.

While the Class of 2012 will be cementing their legacy at the NBA level for the next decade, they’ll also be represented at the college level for at least one more season. Zach Lewis, who prepped at Fishburne Military Academy after graduating from Northwest Catholic (CT) in 2012, played two seasons at Canisius following his prep year. Lewis then transferred to UMass where he sat out the ’15-’16 season before logging significant time with the Minutemen in ’16-’17. Lewis will head to Iona as a grad-transfer in ’17-’18.

Every graduating class of prospects is remembered in some regard by their headliners. When it comes to performers, not just prospects or players but guys who confidently step onto the biggest stage and put on a show when the lights shine brightest, the class of 2017 can hold their own against any class in recent memory.

Hamidou Diallo packed more explosive athleticism into his 6’5” frame than darn near any player from New England, or any other part of the world for that matter, over the last decade. After arriving at Putnam Science as a repeat sophomore in 2014, Diallo’s year-long ascent to the top of the New England rankings was as brash and unapologetic as his posterizing dunks were on a nightly basis. The kid from Queens saw his physical frame develop alongside his game, evolving from a rail-thin track star’s build to the prototype for the modern basketball build, over the course of the next year. By January of 2016, Diallo was unanimously considered a 5-star prospect and one of the top prospects in the national class of 2017.

Diallo showed enough professional promise to attract 33 NBA front office members to the NERR National Prep Showcase at the start of the ’16-’17 season, which kick-started the latest chapter of his basketball career. After putting together one of the most dominant performances in the history of the NBA Draft Combine with a 44.5-inch max vertical leap and giving NBA franchises extended looks at his prodigious upside during individual workouts, it’s beginning to look like Diallo will fulfil his dream of playing in the NBA a year sooner than originally expected. After a redshirt semester at Kentucky, Diallo could become New England’s first prep-to-pros prospect since South Kent’s Andray Blatche was drafted 49th overall by the Washington Wizards in 2005.

Tremont Waters, 2017’s #2-ranked prospect, also finds himself with a decision to make in the near future. Waters’ storied prep career culminated with an appearance in the Jordan Brand All-American game in Brooklyn, after the electric 5’10” point guard scored over 2,000 points combined at South Kent and Notre Dame-West Haven. After committing to Georgetown prior to the start of his senior campaign, Waters decided to take a step back and look at his options after John Thompson III was fired in April.

Waters’ plug-and-play skillset allows for any program in America to come calling at this point and is the reason he finished at #32 in the final ESPN-100. While Waters’ national ranking probably underestimates the impact he’ll make on the program of his choice next season, it’s also where the class of 2017 begins to fall behind last year’s class, before quickly catching up to their predecessors.

Last year’s graduating class featured four players who finished in the top-30 of the ESPN-100. Wenyen Gabriel, Omari Spellman, Mustapha Heron and Bruce Brown gave 2016 star power that our region hadn’t seen since 2012. But the next highest ranked New England product in the ESPN-100 was Syracuse-commit Matthew Moyer, who came in at #77. What 2017 lacks in elite blue chip recruits they more than make up for with almost twenty 4-star recruits heading to play high-major conferences.

The drastic rise in prospect status can be attributed to New England’s dogged investment into player development at both the grassroots and prep levels. Combine that with the demand for our region’s prep coaches to cast a wider net when it comes to recruiting and there is naturally a higher demand for high-major prospects in our region right now.

It’s no surprise that a New England grassroots programs, the Mass Rivals, was able to take home the Adidas Gauntlet title in the same year that our region saw a rise in high-major prospects. Meanwhile, New England’s most dominant prep program rose back to national prominence, as Brewster Academy finished a perfect 38-0 and won their 5th National Championship. When powerful programs raise the bar like Brewster did this winter, their competitors either step it up or choose to die. The overwhelming majority of New England Prep School basketball coaches have far too much pride to roll over and that tenacity has a trickle down effect on the players they help develop. One player in particular got to see the best of both winning worlds.

Providence-commit Makai Ashton-Langford finished his AAU/prep career with a 60-game winning streak that may never be equaled, won both AAU and prep national championships and finished at #36 in the ESPN-100. Ashton-Langford is joined in the top-60 by Villanova-commit Jermaine Samuels (#49), future Louisville wing Jordan Nwora (#53) and Arizona State pledge Kimani Lawrence (#54). Ashton-Langford, Samuels and Lawrence laid the foundation for their finish in the top-60 long ago, showing a ton of promise early and following it accordingly throughout their prep careers. The next two ESPN-100 prospects took a different route.

Future-Virginia Tech Hokie Wabissa Bede (#70) and Saint Louis-commit Hasahn French (#87) fought tooth and nail to earn every ounce of respect that came their way over the last 12 months of their prep careers. Both played unselfish yet prominent roles with their grassroots program in the summer of ’16 before returning to school and shouldering the load for their respective prep programs. Bede and French were phenomenal on a nightly basis and are two players whose rise will only continue as work ethic and will power become deciding factors at the college level.

Nebraska-commit Thomas Allen (#100) fittingly rounded out the 2017 ESPN-100 as the 6’1” sharpshooter could only be overlooked for so long before his dagger treys started slicing deeper and deeper, eventually demoralizing Brewster’s opponent on more than one occasion. Allen was followed closely by handfuls of 4-star prospects that will made the Class of 2017 the best New England has seen since 2012.

The scary-talented Brewster trio of Sidney Wilson (St. John’s), Curtis Haywood (Georgia Tech) and Michael Okauru (Florida) were part of one of the most dominant teams in Brewster history and all three were capable of taking over on any given night throughout the season.

Vermont Academy wing and Butler-commit Christian David was no stranger to the ESPN-100 during his prep career. The 6’7” Canadian rose as high as 82nd before an ACL-tear sidelined him for his final AAU season and the beginning of his senior year. David was able to bounce back and give scouts every reason to believe he’ll have a bright future in the Big East.

National runner-up Northfield-Mt Hermon had gave Brewster everything they could handle in the 2017 title game as the backcourt of Davidson-bound Kellan Grady and future-North Carolina Tar Heel Andrew Platek answered the bell together for two years at NMH. Grady’s 31-point effort against Brewster was the last of three straight dynamic performances at the 2017 NERR National Prep Championships and were as good as any prospect’s 3-game stretch in recent memory.

Rutgers-bound Geo Baker and Northwestern-pledge Anthony Gaines will spend the next four years dueling in the Big Ten after earning their respect on the New England prep circuit with a willingness to do whatever it takes to win and work ethics to match.

The Power-5 conference has three 4-star prospects that round out the New England 20. The Putnam Science tandem of 6’8” South Florida-bound wingspan big man Alexis Yetna and 6’10” Texas Tech-commit Malik Ondigo left huge impressions in their only season in the region.  Redemption Christian was home to New England’s best-kept secret, 6’5” PG/Wing Chris Duarte, for the last few seasons. Duarte became Western Kentucky’s most recent recruiting prize in a class that could change the program’s trajectory for years to come. Duarte has shown the ability to walk into any gym from Bridgton-to-Brooklyn and rack up a 30-piece like he’s playing in the comfort of his home court in the Dominican Republic.