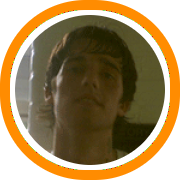 The Worcester Academy roster is comprised of 3 post graduates, 1 senior, 2 juniors, and 6 sophomores. Granted several of those players have re-classified but even still this is a very young team in comparison to other schools in the league that are dominated by seniors and post-graduates. While Worcester may be short on experience they have a good amount of talent and cohesiveness.

Coach Ed Reilly’s biggest challenge this year may be in the front-court where he has 6’8 post-graduate center Dane DiLegro, 6’11 post-graduate forward Ilija Milutinovic, and 6’8 sophomore Ben Crenca coming off the bench. Milutinovic, who is already committed to Oregon St, may be the most talented player on the Worcester roster with his size and perimeter skills. DiLegro is a hardworking big man who is a rock physically but a little undersized to play the five in this league. Crenca is talented, but very raw, and may be a couple of years away from competing at this level. DiLegro and Crenca are both scholarship level players.

Junior point guard Quasim Pugh (5’10, PG) will run the show for Worcester. Although slight in build, “Q” has a very quick first step and a tremendous cross-over move. He should be recruited by mid-major programs on up.

Seniors Allan Aragbaye (6’3, SG) and Bill Clark (6’6, SF) should round out the starting lineup. Aragbaye is a long player with a good handle and a quick release on his shot that he knocks down from both the three-point line and off the dribble. The California native is being recruited by mid-major schools on both the east and west coast. Clark is a tremendous athlete and very good three-point shooter. He is terrific in transition running a lane and finishing above the rim and is being recruited by a variety of division I programs.

Coach Reilly has some good options off the bench in the backcourt as well with 6’3 sophomore guard Austin Carroll, 6’2 sophomore guard Sam Martin, 6’3 sophomore wing Lee Dempsey, and 6’2 junior guard Anthony Weeks. Carroll, the son of former Dusquesne Head Coach and Celtics Assistant John Carroll, is a tremendous shooter with an excellent feel for the game who is a potential mid-major player. Martin is another smart and fundamental player who should be a division I player in a few years. Dempsey has terrific strength and a great body in addition to being able to make open shots from the perimeter. Weeks is also very physically strong for a perimeter player and in addition has a very effective mid-range game.

What Worcester may be lacking in experience and frontcourt depth they are trying to make up for with intangibles. During an open gym on a Sunday night in September you would be hard pressed to find a group of players who are running sprints, diving on the floor, and vocally supporting their teammates the way this group of teammates does. Time will tell if it will pay off for the group.