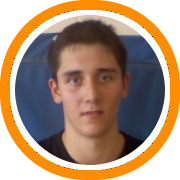 When Brent Abendroth made the decision to do a post-graduate year it was with one goal in mind…to become a division I basketball player.  He certainly didn’t need any more academic preparation as he was already a candidate for Ivy League and similar level schools.  But he hoped his decision to play for head coach Chris Sparks at Wilbraham & Monson would help to catapult his recruitment to division I status.

It couldn’t have gone any better.

When the New England Recruiting Report visited the WMA gym in September, Abendroth made no secret out of the fact that he believed Bryant would be an ideal situation for him.  Less than two months later and he is officially committed to the Bulldogs.

“It was really the mixture between the academics and athletics,” Abendroth explained.  “Their business program is second to none and that’s what I want to study.”

The athletic side of the equation was also a good match as Bryant Head Coach Tim O’Shea was someone that Abendroth was already very familiar with after he spent the last several years leading the program at the University of Ohio.

“Being an Ohio Kid, I already knew all about Coach O’Shea’s reputation, so it made the decision pretty easy,” he said.

And O’Shea already knew about Abendroth after the 6’3” point guard starred last year at Ottawa Hills High School in Toledo where he averaged 20 points and 8 assists in his senior season while earning all-league and all-district honors.

“His style of offense really fits me, plus he’s just a great guy,” he continued.  “[assistant] Coach [Mike] Kelly and the rest of the staff…they’re all good people.”

So after littler more than two months at Wilbraham & Monson and Abendroth has hit the jackpot as he is headed exactly where he wanted to go.  He is already the second WMA product to commit to a division I program this year, joining Kostadin Marshavelski who committed to Northeastern last month.