Wilson is Best in Connecticut 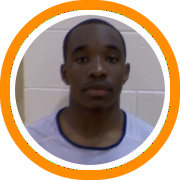 Hotchkiss guard Derrick Wilson retains his spot as the top ranked rising senior in Connecticut.  A power guard with a college ready body, Wilson has a long history of putting up big numbers against high level competition.

St. Thomas More swingman Trahson Burrell sits in the second seat.  A long and athletic swingman who can handle the ball and makes plays like a guard, Burrell has a steady dose of high-major interest heading into his senior campaign in Oakdale.

Hillhouse guard Freddie Wilson is ranked third overall and tops among CIAC players.  The prototypical playmaker who demonstrated an improved ability to share the ball and play within the team concept this summer, Wilson should be head and shoulders above the competition in the local high school ranks.

South Kent’s Djurisic Hemanja comes in at four while Stratford graduate Brandon Sherrod rounds out the top five as the reigning Gatorade Player of the Year in the Nutmeg State.

East Hartford’s Anthony Jernigan is a wizard with the basketball and the sixth ranked player in the state while Indiana Faithful brings his size, floor vision and pinpoint passing ability south from Maine.

Zach Chionuma returns to Marianapolis Prep for his senior season after having a tremendous summer and committing to Boston University in the process.  Chionuma is followed by Salisbury’s Zaid Hearst who currently holds nine division I scholarship offers.

Two future teammates come up next in Deshawn Murphy and Phil Gaetano who will team with Sherrod this year at Choate Rosemary Hall while Ousmane Drame will join Zach Chionuma at Marianapolis Prep, teaming two of the biggest stock risers of the summer.

Brian Patterson and OShawn Bannister make their first appearance in the Connecticut rankings as Patterson proved himself as an intriguing prospect with a very high ceiling and Bannister literally came out of nowhere this summer to intrigue a variety of coaches with his size, length, and mobility.

East Catholic’s Jerome Harris rounds at the top fifteen as the explosive scoring guard had a very impressive summer from start to finish.

Of the top fifteen ranked players, five compete in the CIAC, eight are Connecticut natives, and ten are New England natives.