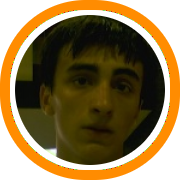 There are some novels that have fewer pages than the Amherst College men’s basketball record book.

In the 31 years that head coach Dave Hixon has been at the helm, he has established the Lord Jeff’s as one of the premier division III programs in America.  Amherst’s success in recent years has been especially remarkable.  They have advanced to the finals of the NESCAC tournament in eight of the last nine years, taken four of those titles, been selected to play in the NCAA tournament for 10 straight years, advanced to the Elite Eight in five of the last seven years, the Final Four in four of the last six, back to back national championship games in 2007 & 2008, and taken home the NCAA Division III National Championship in 2007.

But with their most recent recruiting class, Hixon and his staff found all that they were looking for right in their backyard.

Allen Williamson from the Pingree School in Massachusetts recently became the latest New England product to commit to Amherst.  Williamson had a tremendous career at Pingree as he scored over 2000 points and led the team to the NEPSAC Class D championship in his senior season, averaging over 31 points per game in the post-season.
With his strength and athleticism Williamson should add a new dimension to Amherst’s frontline while providing opposing defenses with a mismatch problem because of his ability to score both inside and out.

Williamson was the final piece to what turned out to be a deep recruiting class with a distinctive New England feel.  Also heading to Amherst next year are Matt Edwards, Pierce Edwards, and Roshard Bryant from Suffield Academy, Peter Kaasila from St. Mark’s School, Will Workman from Deerfield Academy, and Spencer Noon from Farmington High School.

The class offers a little bit of everything including plenty of size up front.  Bryant and Kaasila are both big bodied five men, Bryant more of a defensive presence and Kaasila someone who should be able to offer a low post scoring presence.  The Edwards twins came to Suffield this year as post-graduates and should both be valuable pieces to the puzzle upon arriving at Amherst because they both have high I.Q.’s, well rounded skill sets, and a good feel for how to incorporate their individual talents within the team concept.  Similarly, Workman is someone who put up big scoring numbers this year at Deerfield but has the versatile offensive game to be able to fit into various roles next season.  Finally, Noon was a bit of a pleasant surprise for Hixon and his staff as he was recruited to play soccer at the school but is now expected to be a two-sport athlete who should provide another playmaker in the backcourt.