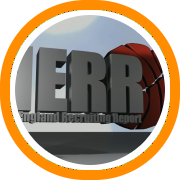 NERR-TV, which debuted in March of this year, is set to return at the upcoming Elite 7 Showcase - Frosh/Soph Edition.

The latest enhancement in over a decade of coverage to provide players in New England every opportunity for exposure, NERR-TV provides professionally edited and customized highlights from all Elite 75 Showcases and then publishes them on various NERR media platforms.

Elite 75 highlights are only the first stage of the comprehensive video program that NERR-TV provides as we also offer the opportunity to display highlights from the high school or grassroots season. Click here to learn more about various packages.

Moving forward, only highlights from NERR-TV and other affiliated video professionals (including the likes of Ballas TV and RI Affiliated) will be posted on the NERR website as it will be our goal to build an extensive video library of virtually all college prospects in New England.

Below are some of the prospects who already have NERR-TV highlights featured on their profile: