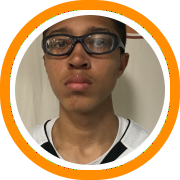 With the third and final week of the July evaluation period now up and running and programs scattered across the country from Las Vegas to Orlando to Atlantic City to Springfield and various places in between, it is time to take stock of what we saw last week.

New England couldn't have, collectively, done much better as local programs took championships in Orlando, New York, and Atlanta among other places. With so many teams achieving success, there were no shortage of new offers for various individuals. Here's a rundown of what came across the wire: