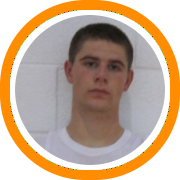 The longtime number one ranked player in the state was only recently dethroned when UMass bound point guard Trey Davis arrived at Vermont Academy.  But Davis opted to change prep schools at mid-semester and so now Copeland’s biggest competition comes from another prep school product, this time someone he knows plenty about.

A graduate of Rutland High School in 2011, Troy Davine finished up as the 9th ranked senior in Vermont last year before making the move to prep school and consequently finishing up as a member of the class of 2012.

But it was his move to prep school that truly proved his worth as he has not only shown that he has the skill and physical tools to compete at the very highest levels of prep school basketball, but has also shown a terrific work-ethic and willingness to play any role necessary to help his team win.

It’s for those reasons that Davine currently sits as the state’s top ranked prospect in 2012 while Copeland remains very close behind and well ahead of the next best in the local high school ranks.

Vermont Academy’s Jack Mackey is another post-graduate guard who has proven his worth this year.  He currently sits in the third spot followed by two more frontcourt products from the local ranks in six-foot-eight center Eric Suder and six-foot-six forward Tim Rensch.

Mount Mansfield Union’s six-foot-two shooting guard Tom Lacy checks in just outside the top five in the sixth spot while Rensch’s teammate at Rice Memorial Jake Maynard, is a forward with the size and shooting range to cause real problems on the high school circuit.

We find another hard-nosed and gritty guard in the eight spot as Anthony Granai projects as a solid college player while the top ten is rounded out by Vergennes’ Jake Bushee and Brattleboro’s Travis Beeman-Nesbitt.

To view the complete Vermont rankings in the class of 2012 please click here.