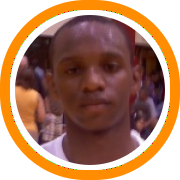 Johnnie Vassar established himself as one of New England's top young guards this year.

Unfortunately for local fans they'll be seeing much less of him next year as Vassar's mother confirmed on Wednesday night that he would be transferring to La Lamiere School in Indiana.

Vassar previously starred for Lawrence Academy where he looked poised to follow in the footsteps of Stevie Mejia and Shabazz Napier to become the latest high level point guard to come out of the NEPSAC program.

La Lumiere is one of the premier post-grad programs in the midwest and features ESPNU100 national prospects Haner Perea and Raphael Davis.

Vassar holds a scholarship offer from Illinois along with early interest from the likes of Syracuse, California, Boston College, Iowa, Arizona State, Oregon, DePaul, and others.