Under the Radar Rookie Campaigns 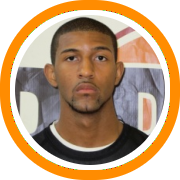 Each and every year the New England region gets a flood of new talent as players transfer into the prep ranks.  This year even some public and private schools have got a boost of previously unknown talent, but for every well known incoming prospect like Steven Adams, Semaj Christon, Austin Colbert, and Jason Boswell, there is always an equivalent number of players who may not have the same reputation but end up playing a vital role for their new team.

With that in mind, here’s a look at ten newcomers who are still flying a bit under the radar despite turning in outside rookie campaigns in New England:

Kevin Crescenzi, Tilton, 2012 (NH) – It’s easy to fly under the radar on a team full of stars, but Crescenzi’s addition to a loaded Tilton roster has been vital to their success.  The Floridian is the prototypical spark plug off the bench – able to provide instant offense with his ability to rain shots from long range.  Plenty of intangibles to match for the future Dartmouth guard.

John Edwards, Brewster, 2013 (NH) – Very similar to Crescenzi, Edwards joined a loaded Brewster roster but was able to carve out a role for himself by bringing his lunch pail and hard hat to work with him every day.  He’s one of the toughest competitors you’ll find with a strong body, high basketball I.Q., and versatile two way game.

Chris Green Jr., Bridgton, 2012 (ME) – Coming into the season, conventional wisdom was that the Wolverines had a talented first five but not much proven talent off the bench.  That’s changed now with Green.  He runs the point and gets the team into their stuff, buries shots from long range, and makes the type of tough threes he’s likely to see at the next level.

Kris Hargreaves, Westminster, 2013 (CT) – The junior guard from New York could go down as the most important recruit in program history as he begins the process of rebuilding Westminster’s program from the ground up.  The pure point runs the show and makes his teammates better but has also put up a combined 54 points in his last two games.

Myles Jones, Salisbury, 2012 (CT) – He’s under the radar because he’s heading to Duke to play lacrosse next year, but make no mistake about it, he’s an absolute beast in the lane and if he wanted his future to be on the hardwood he undoubtedly has the physical tools and talent to play at a scholarship level.  Hard to argue with a full scholarship to Duke though.

Tyler Sabino, St. Andrew’s, 2013 (RI) – He’s been a big secret weapon for the Saints all year long.  At first glance he looks capable of providing increased depth and a valuable physical presence in the paint, but before you know it he’s done that and much more, often including an assortment of long range jumpers and a big number in the rebounding column.

Erik Sanders, Suffield Academy, 2012 (CT) – An athletic post-graduate wing who can make open shots as well as he can slash to the basket, Sanders finally landed his first full scholarship offer last week – rapidly followed by his second.  It’s been a long time coming as this guy definitely has scholarship level ability and talent.

Rodney Sanders, St. Thomas More, 2012 (CT) – Another Sanders (no relation to Erik) in his post-graduate season in Connecticut, Rodney can do a little of everything – he makes shots, puts the ball on the floor, makes the extra pass, defends, and rebounds very well from the backcourt.  Best of all he’s got a great motor that never stops revving.

Daquan Simpson, Lawrence Academy, 2013 (MA) – We told you about him two weeks ago at the NPSI, but it’s worth repeating.  The junior forward appears poised to see his stock jump up on the spring AAU circuit.  The six-foot-six forward has a wealth of weapons in the tool box and is now starting to put the pieces together.

Nigel Sydnor, Marianapolis Prep, 2012 (CT) – You could call him a power guard or say he has a college ready body, and both would be massive understatements.  Sydnor is rock solid and chiseled as if he were an NFL running back, only the seams he bursts through often lead to the front of the rim as there aren’t too many guys willing to take this charge.