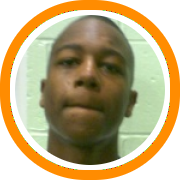 UMass Dartmouth recently annnounced there incoming 2011 recruiting class.  While the group doesn't include any prospects straight out of high school, the incoming talent level is undeniable.

Jansy Cruz and Alex Kershaw were already wrapped up going into the summer and now they'll be added to four more incoming players.

Elezar Clayton is another product of the greater Boston area.  The six-foot-four power forward went from East Boston High School to Monroe Community College where he distinguished himself with his athleticism.

Clark transfer Jeff Tagger will play both football and basketball with Kershaw.  Tagger is a Central Catholic graduate who did a post-graduate year at the Taft School.

All six incoming prospects have been enrolled for the fall semester.