Transfers in the News 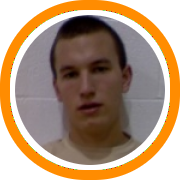 Fitzpatrick Switches from Penn to Bucknell

Connecticut native Brian Fitzpatrick, who starred at Xavier High School before doing a post-graduate year at Northfield Mount Hermon, has opted to leave the University of Pennsylvania after his freshman season and will transfer to Bucknell University of the Patriot League.

Fitzpatrick is a skilled six-foot-seven forward who stretches defenses to the three-point line with his southpaw stroke.  While he is leaving a Penn program that appears to be back on the rise he will be joining a similar situation at Bucknell where head coach Dave Paulsen had the Bison finishing in second place in the Patriot League last year with three freshmen earning all-league status.

Sam Cieplicki, a Vermont native who played for St. Michael’s College of the Northeast-10 for the last two years will transfer to New York University where he will play out the final two years of his eligibility after sitting out the 2010-2011 season per NCAA transfer rules.

Cieplicki led the Northeast 10 in three-point shooting this past season, connecting on 44% of his attempts from behind the arc while averaging 8 points and 3 rebounds in his 21 minutes per game.

Cieplicki attended the New Hampton School for a post-graduate year prior to enrolling at St. Michael’s.

Heslip Down to Five

Former New Hampton point guard Brady Heslip has cut his list to five after receiving his release from Boston College.  Heslip spent the first half of the season at New Hampton before enrolling at Boston College at mid-year.   He received his release from the school when former head coach Al Skinner and his staff were let go.  SNY’s Adam Zagoria reported this morning that Heslip is now considering Baylor, Boise State, Utah State, Oregon, and Georgetown.

Fairfield University landed their latest recruit with the addition of Desmond Wade on Monday.  Wade averaged 6 points and 5 assists per game this year while starting in the backcourt on a University of Houston team that went on to make the NCAA Tournament.

Wade is a New Jersey native who starred at Linden High School where he was selected to the all-state team for three consecutive seasons.  He is the second transfer to join Fairfield this year, joined Rakim Sanders from Boston College.