Trail Headed to the PSAC 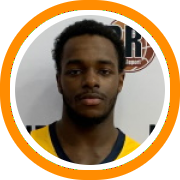 Before attending Woodstock for a post-graduate season, Trail played at John Bowne HS in Flushing, NY. While playing for the Wildcats, he was apart of two PSAL Queens Boro Championship teams. Trail averaged 17.3 points, 5.4 rebounds, and 2.1 steals per game during the 2019-20 campaign before the COVID-19 pandemic wiped away his senior season.

His first and only year in New England was a successful one. Trail was an integral piece of a Woodstock team that won 17 games against a very challenging schedule. His standout play was rewarded with him being chosen as a AAA Power 5 Conference 2nd Team selection. He competed on the AAU circuit with Diallo Elite who is apart of the Hoop Group Showcase League.

“First and foremost, it is important to know that Tyshawn was a pleasure to coach,” said Woodstock Academy head coach Jacque Rivera. “He was truly able to take his game to new heights this past season.”

“He increased his muscle strength, endurance, and body mass. With that he was able to really grow his game in every way. His ability to score at all three levels allowed him to become a matchup problem for opponents on a nightly basis.”

Trail is the fourth member of Woodstock’s 2022 class who has committed to play college basketball at the scholarship level next season.