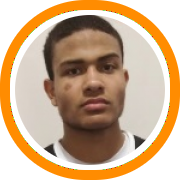 Our sixth and final look into New England’s state associations takes us to the state of Rhode Island, where there is still a fair amount of local talent staying at home to play in the RIIL.

Corey Daugherty, Barrington – The scoring guard made an early pledge to Brown last year and is now continuing to assert himself as the best player in the RIIL. He can put points on the board in any number of ways, but is particularly deadly with his pull-up game, and also plenty capable distributing the ball and creating for others.  Kevin Mannix, Barrington – Although Daughterty and Dewolf, another potential D1 prospect in the 2016 class, get most of the attention for the Eagles, Mannix is a dangerous both offensively and defensively. His athleticism, ability to guard multiple positions, and consistently score in double-figures makes him very valuable.

Joe Sekator, Coventry – The six-foot-two senior guard opened the season averaging close to 25 points per game. He’s a tremendous athlete who thrives in the open court and plays an exciting brand of basketball.

Brendan Nigro, LaSalle Academy – He’s out right now with illness, but is typically LaSalle’s team leader. He’s composed, heady, crafty, and all the things a coach wants of his senior point guard.

Matt Dewolf, Barrington – The best post player in the state association, Dewolf is coming off a breakout spring and summer and ready to assert himself in his junior season. He’s a true big man whose combination of size and interior skill is unmatched in the RIIL.

Lawrence Sabir, LaSalle Academy – What he may lack in sheer size he makes up for in athleticism as this high level playmaker has plenty of burst to match his attacking instincts. He is also an outstanding rebounding guard who already has a triple-double to his name this season.

Kyle Henseler, Bishop Hendricken – The Hawks have a plethora of young talent but this two-year starting point guard understands how to run the show and control the tempo. He has a high basketball I.Q. and ends up being a nice compliment to Mazzulla in the opposite guard spot.

Jacee Hamelin, Westerly – The junior guard’s versatility has been on display thus far this season as he’s stuffed multiple columns of the stat sheet. He has a proven ability to put points on the board, but like Sabir, he is also a high level rebounder on the perimeter, and capable of creating for his teammates as well.

Nathan Patenaude, Smithfield – Patanaude is now starting to actualize his athleticism and is a solid asset for a well-coached Smithfield squad that has only lost to Barrington thus far this season. A pesky defender with speed and a quick first step off the dribble, Patanaude gets it done on both ends of the court.

Mike McCourt, LaSalle Academy – A lengthy guard who isn’t afraid to mix it up under the boards on an undersized team, McCourt is highly versatile and capable of putting points on the board both by stepping out and knocking down outside shots as well as finishing around the hoop.

Miguel Prieto, Juanita Sanchez – A scoring point guard who loves to play in the open floor, Sanchez is a very good ball-handler with good court awareness as well. His long arms make him a pesky defender as well and anytime he can force a turnover it’s going the other way in a hurry.

Justin Mazzulla, Bishop Hendricken – Only one year into his high school career and he’s already the most highly recruited player in the RIIL. The younger brother of former West Virginia guard Joe Mazzulla is out to make a name for himself and already has an offer from Boston College to show for it.

Preston Santos, Bishop Hendricken – The six-foot-five southpaw freshman is a high level long-term prospect who is already seeing important varsity minutes. He can knock down open looks on the perimeter, use his length to score over small defenders, and has a budding handle to create as well.

Dom Ciringione, Chariho – An up and coming wing player with toughness beyond his years and a versatile floor game, Ciringione first popped up on the radar at this summer’s Stars of Tomorrow Camp and should now be in store for a breakout sophomore season.

Alex Dickerman, Bishop Hendricken – Yet another talented youngster on Bishop Hendricken, yet one who won’t be eligible until the mid-point of the season after transferring in. Dickerman is raw but fill with potential. He has nice length and the ability to step away from the hoop and knock down outside shots.