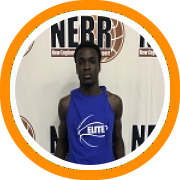 The winter season is now about a third of the way done and we have finally profiled all of the top prospects in all of New England's twelve different divisions including all six classes of the NEPSAC and all six of the public state associations.

Believe it or not, that doesn't yet cover everyone as there are a growing number of prep schools that are not affiliated with the NEPSAC, and if so, perhaps only as an associate member, which means they aren't post-season eligible among other things.

Many of these schools participate in the Power 5 Conference, now in its second season, but others choose to participate as true independents.

Woodstock Academy and Putnam Science Academy, two programs we profiled earlier this fall, are the two most notable of these local prep programs, but they're certainly not alone. Here's a look at other independent prep programs and who their top prospects to know are.

Notre Dame Prep - After years of being a national prep powerhouse, Notre Dame Prep has evolved into a much different type of situation this year. Now based out of Concord, New Hampshire, the Crusaders are still led by longtime head coach Ryan Hurd and have a strong collection of talent. D.J. Mitchell was one of the breakout performers at November's National Prep Showcase and one of the best available wings left on the board but he's bar from alone. Saquan Singleton, a onetime Manhattan commit in the class of 2017, makes for an ideal running mate on the perimeter while another former division I commit, Gabe Merete, is an athletic forward who is no longer pledged to Navy. Lee Academy graduate Mert Ilhan is the club's point guard while James Mitchell provides a powerful combo-forward worth watching and Bora Apak a seven-footer to keep an eye on.

Springfield Commonwealth Academy - There were a lot of questions about the future of the Commonwealth program when the only head coach in program history, Tony Bergeron, made the move to Woodstock last year but Walkter Mfuko has taken the reigns and exceeded all expectations. Mfuko began by assembling a talented roster made up of underclassmen like Bendji Pierre, Valentin Romero, and Aleksandr Oschepko; other international prospects including Goran Miladinovic, Kevin Koney, and Cyriaque Foucart; and some under-the-radar upperclassmen in Malik Zachary, Demarius Pitts, Damarquis Henry, and junior James Lee. Cam Sells is the lone returner from last year's team and he has shown great progress to emerge into one of this year's most reliable two-way players. Together that group has taken on all challengers and shown well at a variety of different early season events.

Lee Academy - New England's northern most prep program of basketball significance, Lee Academy, was in a very similar situation after longtime head coach Igor Vrzina moved on over the summer. Dan Haynes was elevated to take over the prep program and he too has done an outstanding job of keeping the program moving forward. The Pandas have their typical assortment of international talent - including the likes of Mamady Dikikine, Edgars Kaufmanis, Amadas Urkis, and junior big man Arseniy Semenov, who returns from last season - but they also have more local northeast products who were previously under the radar for a variety of reasons and now fighting for increased attension. Former Amherst High School product Meikkel Murray has seized that opportunity as too has Jorden Means and Craig Thompson Jr. Marcus Friend and Kingsley Cockburn are other relatively local prospects and familiar names on the roster.

Redemption Christian Academy - Tristan Whilchombe's program always has a few sleepers and this year is no different. One guy who doesn't fall under that umbrella though is Dalano Banton, previously one of the top juniors in New England who transferred from MacDuffie and reclassified to 2018 just prior to committing to Western Kentucky this fall. Luis Mora is a highly skilled guard who returns to RCA this year while the arrival of Kaiyen Cleary from England and Courvoisier McCauley, who transferred in from Woodstock earlier this fall, give them even more firepower on the perimeter. Jordan Kellier and James Kamich are two talented prospects to keep an eye on in the long-term as well.