The Best Left on the Board  Combo Guards 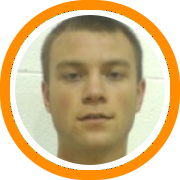 By definition a combo guard is a player who can play either guard position.  Consequently some of the players on this list currently play the point for their high school teams, some play off the ball, and some rotate between the two spots.

This position may also be one of the deepest spots in the region this year as there are quite a few talented players left on the board.  Here they are:

Trey Blue – Brewster Academy (Wolfeboro, NH):  Although he plays strictly off the ball for Brewster that has a lot more to do with the number of quality options Jason Smith has at the point.  In addition to being an impressive athlete and a very good perimeter shooter, Blue can also put it on the floor and play some point given the opportunity.

Mike Culpo – St. Andrew’s (Barrington, RI):  Culpo has played the point guard exclusively for St. Andrew’s this year and done a terrific job running his team.  But coaches shouldn’t ignore his ability to score the ball as he has a sweet stroke from downtown, a nice dribble pull-up in the lane, and an ability to get all the way to the rim.

Sean Crawford – Notre Dame Prep (Fitchburg, MA):  Crawford has been playing terrific basketball for Notre Dame Prep this year.  He was at his best in the finals of the Boys Club Holiday Tournament.  He has always been able to shoot it with range, but now he is handling it better, and being a vocal leader with his teammates.

Gaby Belardo – Notre Dame Prep (Fitchburg, MA):  He has many of the qualities that coaches like in their guards: he is a very good on-the-ball defender; he is great at getting into the lane and kicking out to shooters; and he can make open shots himself.

Marcus Matthews – MCI (Pittsfield, ME):  The one time UMass commit is having a solid season in the MCI backcourt.  While he isn’t a pure point he can bring the ball up the floor against pressure with no problem.  Overall, he is a versatile and well-rounded player who is sure to attract some coach’s eye.

Chris Bass – Lee Academy (ME):  The younger brother of Dallas Mavericks forward Brandon Bass is at his best in an up and down game.  He is a tremendous athlete who can force the opposition into turnovers on the defensive end and attack the rim at will offensively.  In the right system, he would be a very good player at the next level.

Andrei Mandache – Winchendon School (MA):  Mandache has been producing for Winchendon Head Coach Mike Byrnes in big ways ever since he was inserted into the teams starting line-up a few weeks ago.  He’s a lights out shooter who has made 33 threes on the year, rebounds it well, and has the handle and floor vision to play the point in a pinch.

Doran Mitchell – St. Thomas More (Oakdale, CT):  He is definitely more of a scorer than a distributor, but the kid can flat out put the ball in the basket.  He is a terrific shooter off the dribble from the mid-range area and also a crafty finisher inside the paint.

Stephen O’Reilly – South Kent (CT):  The fact that he scored 70 points in a game in the Virgin Islands last year is a good indication that he can fill it up.  In fact, he is a very good spot up shooter who is learning how to play the point this year, now that he is surrounded by talent for the first time in his career.

Jabari Trotter – Phillips Exeter (NH):  He plays both spots with equal comfort for his Exeter team and can also be creative enough with the ball to make his own shot or set up his teammates, especially in the open floor.  His size and length are also definite assets.

Matt Pressey – Cushing Academy (MA): Pressey is a pure scorer who can put the ball in the basket in a number of ways.  But he is also capable of running the point as he showed recently when his younger brother Phil was out of the line-up.

James Wang – Canterbury School (CT):  He had a division I offer last year as a senior at Montverde Academy in Florida.  After putting up huge numbers for Canterbury this year that level of interest remains for this young man who is also a terrific student.

Michael Topercer – New Hampton (NH):  The Arizona native has good size and an impressive skill set.  There isn’t much he can’t do as he makes shots, can get to the rim, and set up his teammates for scoring opportunities.  His decision making with the ball in his hands is the key to his recruitment.

Dorian Williams – Lee Academy (ME):  When you share a backcourt with Nate Tomlinson you are often forced to spend some time off the ball.  But Williams is also very good with the ball in his hands, especially for a team that likes to push the tempo.

Eric Waterford – St. Thomas More (CT):  The California native has been playing excellent basketball since returning from his holiday break.  Although he isn’t a pure point guard, he has no problem bringing the ball up the floor against pressure and rarely ever misses open shots.

Sam Cieplicki – New Hampton (NH):  When his feet are set there are few better shooters from behind the three-point line.  While he is certainly much more comfortable off the ball, his high basketball I.Q. and fundamentally sound nature would allow him to play some point in a pinch.