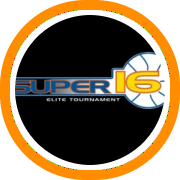 New Heights won the 17U championship in a thriller over Rivals, CT Select was victorious over Westchester in the 16U finals, and BABC dominated CBC to become the 15U champions on Sunday. Many of the most talented players in New England, New York, and New Jersey participated in NERR’s Super 16, here are a few who stood out:

Chris Obekpa (New Heights)-Obekpa scored over and over again on second-chance opportunities today, and nobody could shut down this high-level athlete and his strong 6’9 frame. His back to the basket game is clearly improved and he does a great job of utilizing his speed to fly down the floor on the break.

Noah Vonleh (Rivals)-Noah is long and bouncy, he can shoot it from outside and can post up, and he can be counted on for a dozen rebounds every time he hits the floor. Nobody can deny his unbelievable talent, but his transformation as a player is due in large part to his development of a killer’s mentality on the floor. He has become noticeably tougher and more aggressive; today he helped lead his team to the 17U finals.

Kahlil Dukes (CBC)- One would be hard-pressed to find a better, more creative scoring guard in all of the Northeast than Dukes. Today he nearly carried his CBC squad to a comeback win over Rivals-knocking down deep jumpers and putting in athletic finishes at the rim, but the run eventually fell short down the stretch.

Danny Upchurch (Westchester Hawks)-Uprchurch was one of the most impressive performers of the entire weekend as he displayed pure point guard play. He penetrates off the dribble nearly at will, always looks to set up his teammates, and leads the fast break like a veteran.

Tyree Robinson (BABC)-On a team that lacks any type of individual egos or even hints of selfishness, it can be hard to pinpoint an individual standout, but Robinson was as good as anyone this weekend.  The bouncy forward was all over the rims for a series of his signature dunks while providing a consistent presence on the glass.

Raiquan Clarke (CT Select)-Clarke was a lead contributor last year for the Hillhouse squad that made the CIAC Class LL state finals, and proved his winning ways once again today by leading CT Select to the 16U title. Clarke is a gifted athlete who proved today that he could take most anybody in the gym to the rim off the dribble.

Mohammed Ahmed (New Heights)-He's got great size and length on the wing and he knows how to make those physical tools work for him as he attacks the cup off the dribble and also has a knack for scoring over opposing defenders with his mid-range game.

Dimitri Floras (Rivals)-Floras is tough as nails, always embracing contact and looking to create for teammates with his keen ability to get to the paint. He stood out today in two aspects: he always keeps his momentum going north-south and his experience in leading Rivals’ press break against CBC helped seal the W.

Harrison Taggart (RI Hawks)- Taggart is big and strong and plays with the type of aggressive intensity that coaches love. He ran the floor well today for the Hawks and knocked down some big outside jumpers; he also displayed a very strong mid-range jumper.

Chase Daniels (CT Select)- The 6’8 Daniels was an absolute nightmare for opponents on both ends of the floor. He has the innate ability to step in defensively to alter and block shots, but he also uses that length and bounce to finish strong dunks and baby hooks on the other end of the floor.

Charles Correa (RI Hawks)-Correa is a crafty point guard who has clearly gotten a lot stronger since the winter season. He’s the go-to man on his high school team, and as he improves his ability to drive into the paint with the intent of setting up a teammate, he will find another dimension added to his already-dangerous offensive game.

Jared Terrell (Expressions)-Terrell is a sculpted guard who can get points from anywhere on the floor. We all know about his three-point shooting and high-flying dunks, but today his mid-range jumper shooting both off the catch and the dribble stood out.

Brendan Hill (BABC)-Hill was a force down low on the defensive end for BABC in their pursuit of the 15U title. He uses his strong body to be a lead presence on the glass and has a nice go-to drop step that he can rely on offensively to put points on the board.

Chris Regus (Westchester Hawks)-Regus is noticeably aware of his strengths as an offensive player. The St. Pat’s guard, as he did at Providence Jam Fest, was deadly from beyond the arc. He wouldn’t be classified as elite in terms of athleticism, but he uses ballfakes, head gyrations, and eye fakes to make his way to the rim to finish his gifted right-handed runner.

Mustapha Heron (CBC)-The verdict is out on this 6’4 eighth grader who plays well beyond his years. Heron, whose first headlines came last year as a star for the New York Gauchos, has burst onto the grassroots hoops scene in New England. Heron is a reliable left-handed shooter who gave CBC a strong rebounding presence in their heavyweight matchup against Rivals today.

Chris Lee (Middlesex Magic)-The burly big man was extremely impressive on Sunday afternoon, utilizing his combination of power and explosiveness to rattle off a handful of consecutive buckets.  He's a physically imposing interior presence who brought a consistent low post scoring threat to the Magic attack.

Bruce Brown (BABC)-Brown is a high-level athlete who overpowers defenders on his way to the rim. His combination of strength and athleticism is menacing enough, but he has a plethora of dribble moves and can finish at the rim with either hand. The 15U final was never a close game, and he was a big reason why.

Hassan Martin (New Heights)-It's easy to see why this power forward has made a name for himself over the last two months, Martin is big, strong and athletic with some budding skill.  He was all over the rim on both ends of the floor and even knocked down a 15 foot jumper or two.

Chris Braley (Middlesex Magic)-Braley’s upper body strength and finishing ability is a true testament to his weightroom dedication. He plays an admirably scrappy style of play, yet still has some flash to his game on the offensive end.

Jeremy Miller (Rivals)-Miller hit some big shots today for Rivals and ran the floor exceptionally well in transition. He clearly has been continuing to build confidence in his outside touch-he looked comfortable all day, also hitting a trey to tie up the 17U finals and give Rivals one last breath of air before New Heights won on a buzzer-beater.

Marcel Pettway (BABC)-Pettway got a ton of PT this past year as a freshman at Wilbraham & Monson, standing out especially at the Hoophall Classic. Pettway has no problem throwing his strong body around, and he also communicates well defensively. His continually building athleticism, as seen today with his above the rim play, make him a scary post player to go up against.

Dustin Cole (MB Nation)-In what might have been the game of the day, Cole led MB Nation to a comeback attempt that fell just short of the Westchester Hawks in double overtime.  While Cole has done a great job of becoming a more pure point guard, he proved he was capable of putting his team on his back when it mattered most, as he rattled off 19 straight for the Nation at one point.

Stay tuned to the New England Recruiting Report throughout the week for the release of the Super 16 All-Tournament Team.