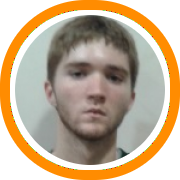 Our final look back at last weekend’s Super 16 Memorial Day Showcase looks at 16 New England products (in no particular order) who helped their individual stock with strong showings, either performing better than expected or making a big splash for the first time on the circuit:

1. Obi Obiora, Middlesex Magic – When a big man is built like Obiora, he deserves special attention, and a close watch has revealed a player who has made rapid stride since last season and seemingly continued to get better with every weekend this spring.  Don’t be surprised if his name is a popular one come this July.  Also keep an eye out for six-foot-six forward Phil Leotsakos who showed well at the Super 16 for the second consecutive year;

2. Isaac Vann, USAD – It was a big weekend for USAD and Vann was a big reason why.  He’s another guy who is poised to make a splash come July while he and Schadrac Casimir form the one-two punch that make this club go.  The additional of Brandon Wheeler gives them another athletic dimension on the wing;

3. Baris Ulker, Expressions Elite – The young Turkish sensation from the Winchendon School is a very intriguing talent with a lot of upside.  A six-foot-six forward with a high basketball I.Q. and crafty floor game consistent with his European roots, Ulker showed flashes of great potential while the tandem of Tyonne Malone and Juwan Gooding continued to put up big numbers;

4. Shaquan Murray, Boston Warriors – It’s been a solid spring for the Warriors but the summer looks even brighter with Murray hitting his stride in the backcourt and putting up big numbers as a result, Asanti Sandiford poised to make some noise alongside him, and Douby Maduegbunam set to make his debut with the club;

5. Crew Ainge, New England Playaz – His presence made all the difference for the Playaz on Saturday night, while the void from his Sunday departure couldn’t be filled.  His constant energy is hard to duplicate and his improved jumper and stronger frame only make him that much more effective.  Combine him with Ben Judson, and you have an intriguing backcourt duo;

6. Steve Enoch, Team Up – Who’s that guy? That was the question being asked repeatedly at the u15 level. Enoch not only towered above the competition but he should some very intriguing skills for a guy his size as well.  With some up and coming young guards on the roster, this is a group primed for success in the future;

7. Levy Gillespie Jr., CBC – Paschal Chukwu anchored CBC’s defense en route to their 4th championship of the spring, but Gillespie was the primary facilitator on the offensive end, handling a lot of the ball-handling responsibilities while making plays for himself and his teammates alike;

8. Corey Daugherty, RI Hawks – Daugherty did a tremendous job running the point for the Hawks 10th grade team, but his spot on the list is symbolic for the squad as a whole as he teamed with the likes of Ian Sistare, Collin McManus, Ryan Noel, Tim Preston, Corey Romich and others to form a team that shared the ball, played the right way, and was a pleasure to watch;

9. Zach & Nicholas Giplin, MAC – The Gilpin brothers were impressive in their respective age brackets.  Zach Gilpin continued to show his full offensive repertoire and score the ball in high volume in the u17 division while Nicholas Gilpin teamed with Conor Moore and Andrew Fleming to form the core of a MAC team that went all the way to the u15 final;

10. Makai Ashton-Langford, Mass Rivals – He played less than a full game before taking a vicious blow to the head that knocked him out for the rest of the weekend, but that was all the time he needed to show all the signs of tremendous upside.  Combine him with Saul Phiri, Greg Kuakumensah, and 8th grade sensation Tomas Murphy and the Rivals have a very strong young core;

11. Chris Lowry, CT Gold – Fresh off his run to a CIAC state championship, Lowry is now running the show for a balanced Gold club that has multiple shooters in Zac Campbell and Patchie Kehoe along with plenty of size on the interior with Remi Farrell and Phillip Crampton.  With balance across the line-up, Lowry does a great job of distributing the ball and organizing the offense;

12. Dustin Cole, MB Nation – Speaking of point guards, Cole continues to build his case as one of the top floor generals in the region.  He makes the game easier for wingmen like Isaiah Bess and Justin Zukowski and has plenty of individual offense of his own to make defenders pay for not sending help his way. Jack simonds was another player who came on strong for MB Nation last weekend, showing added dimensions to his game;

13. Cameron Durley, North Shore Bobcats – Durley was given the opportunity to shine this weekend and he rose to the occasion, stepping up as the interior staple for a Bobcats squad that fought their way to a championship.  But it was far from a one man show as Max Kirsch, Jimmy Campbell, Jake Bert, and Joe Fama all put their name on the map this weekend;

14. Larry McKinney, CT Select – He was the engine that made CT Select’s Roscoe team go, attacking the basket at will and putting big numbers on the board literally from first thing Saturday morning throughout the rest of the tournament.  Meanwhile, Raiquan Clark was another attacking swingman who stood out CT Select’s Simone team on the opposite side of the bracket;

15. Isiah Deas, Born Ready – This guy had NERR contributor Paul Lazdowski going into the vault to make comparisons to a poor man’s Bernard King.  Deas was all arms and legs, had a high arcing shot, and even showed the athleticism to make plays while taking off from anywhere inside the paint area;

16. Isiah Bowman, Metro Boston – A name to keep an eye on down the road for Metro Boston, Bowman attacked on the offensive end from start to finish while showing the versatility to knock down threes and also get himself to the rim.

• Andy Kaplan, Middlesex Magic 16’s – Versatile scorer who can operate with his drive or knock down perimeter jumpers alike;

• Desmond Miller, CT Stars – He excels in the open court and has a knack for either getting to the rim or the free-throw line;

• Max Butterbroudt, Seacoast Spartans – Another productive post, Butterbroudt got it done on both ends of the floor;

• Julian Sanchez, Game Time Athletics – A long swingman with a smooth skill set, he’s got intriguing upside for the next level;

• Adam Quinlan, Middlesex Magic – His diligent effort makes a big difference in the paint as he alters and blocks shots alike;

• Mark Devries, BV Chaos – He was always in attack mode, and consequently was able to make plays on both ends of the floor;

• Lawan Lewis, CM3 – A true point guard who ran the offense while showing court vision and an efficient handle;

• Kevin Barrett, Seacoast Spartans – Consistently scored the ball throughout the weekend while also contributing on the glass;

• Kavon Polk, D Athleticz Club – He made a variety of big shots from downtown while also being a factor in transition defense;

• Jamel Horton, TB Elite – He likes to attack the rim but differentiates himself with his ability to play through contact at a young age;

• Brendan Scott, Evolution – Multi-dimensional player who anchors the team’s defense from the interior but facilitates from the point forward spot offensively;

• Jack Steinman, CT United Kings – A big shot-maker, Steinman made a series of huge threes down the stretch of tight games;

• Drew Muniz, North Shore Bobcats Green – Another guy who made big shots from long range, but still had the total floor game to do damage off the dribble.