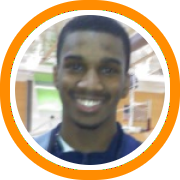 Games of the Morning

Connecticut Basketball Club U16 vs. Expressions Elite U16 - This matchup was highlighted by two budding young stars: and . For much of the game, the two guarded each other, and neither disappointed. Alex Murphy was almost unguardable, as he went for a game high 31 points, including four 3-pointers. He was also able to score off the dribble, displaying his diverse skill set. Meanwhile, Andre Drummond was equally impressive, going for 21 points of his own. Even with Expressions’ great size up front, which includes Kaleb Tarczewsky, Alex Murphy, and , Drummond could not be stopped. He showed a remarkable ability to snatch rebounds and then push the ball himself in the open court. He was also terrific finishing around the rim. At the end of the day, Murphy’s team prevailed, but the sky is truly the limit for both of these rising sophomore sensations.

Champlain St. Lambert Cavs U17 vs. MBR U17 - This game went right down to the wire, with the team from Canada winning down the stretch by a score of 63-62. Keegan Hyland did all he could do for MBR, however, as he put on his traditional show from the perimeter, netting 30 points and 5 three pointers. In addition to his scoring prowess, Hyland demonstrated a great feel for the game, always making the right play with the ball in his hands. Dominic Borelli also played well for MBR, rebounding the ball well and scoring inside and outside. The star for the Canadian team was point guard Adam Chmielewski, who absolutely controlled the game offensively with his superb handle and great vision. Chmielewski also showed he could put points on the board as he scored a team high 18 points. One onlooker described the 6’0 point guard as a young Steve Nash.

Expressions Elite U17 vs. Connecticut Basketball Academy U17 - Expressions put on a show in this game, as their offensive firepower was too much for CBA to handle. Billy Baron continued his phenomenal play, knocking down threes and getting to the hoop to the tune of 17 points. But the player of the game for Expressions was Ryan Romich, who proved further why several Patriot League schools are so intrigued by him. In addition to his superior athleticism, Romich showed a good stroke from behind the arc, knocking down three 3’s. Altogether, Romich finished with a stellar 21 points, as his stock continues to rise. One of the lone bright spots for CBA was Laquan Mendenhall, who used his playmaking talents to drop in 15 points.

Other players who impressed in the morning session:

Chris Fitzgerald, RI Hawks: Fitzgerald carried over his excellent performance over the weekend at the Academic All-American camp to Monday, as he played very well in his team’s morning matchup against CBC. Fitzgerald has very solid skill set for a player of his stature, as he can pass, shoot, and handle effectively. Fitzgerald received his first scholarship offer over the weekend—expect more to come.

Chris Sherwood, Expressions Elite U16: This dynamite athlete excelled in the open floor this morning. He caught on the wing and beat retreating defenders to the basket, before finishing with contact. Sherwood will be reclassifying next year at Brimmer and May, and his natural athletic gifts make him a prospect with limitless upside

Tavon Allen, CBC U16: Allen can flat out score the ball, and he did just that this morning. He used his arsenal of dribble moves to get to the basket and was able to connect on several mid-range jumpers.