Sunday at the Jam Fest 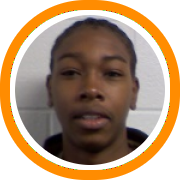 The locals defended their turf on championship Sunday at the Providence Jam Fest as BABC took the 15u title, Expressions the 16u title, and the Mass Rivals made it all the way to the finals in the 17u division.

After scoring their dramatic victory over the Playaz on Saturday night, it remained to be seen how much the Rivals would have left in the tank to start the day on Sunday.

It turns out they had quite a bit.

Evan Smotrycz picked up right where he left off a day earlier as he was outstanding for the second consecutive day, making shots, breaking people down off the dribble, and passing the ball very well.  It was his consistent excellence throughout the course of the weekend that helped propel the Rivals all the way to the finals before finally losing to a New Jersey Celtics team that featured top 50 junior Kyrie Irving and the nation’s top sophomore Michael Gilchrist.

Also playing well for the Rivals was Matt Brown, who capped off a successful weekend of his own.  In big tournaments such as this one, where teams who go deep into the play-offs can have to play 6 or 7 games in a 36 hour window, 99.9% of players are physically drained come mid-day on Sunday, but Brown proved to be the exception to that rule as he was still making athletic plays even late in the finals.

Ultimately, it was a terrific weekend for the Rivals both individually and collectively as Smotrycz, Brown, Jordan Laguerre, and Carson Desrosiers all shined at various times which allowed the team to achieve tremendous success.

The Rivals weren’t the only New England team to shine in the 17u bracket on Sunday as the region produced the champions in both the silver and platinum brackets.  It was Mass Premier who claimed victory in the silver, utilizing a balanced and fundamentally sound attack to score a couple of upsets on their way to the trophy.  In the platinum bracket, YABC earned some vengeance after just barely failing to claim victory in their pool and get into the gold bracket.  Paris Massey, Louis Montes, Mike Rivera, and Matthew Bodden all shined at various points for YABC.

Alex Murphy has long been known as a young player bound to be a star one day.  But on Sunday he put the basketball world on notice…that day has come.

Always known for his combination of size and skill along with his tremendous feel for the game, Murphy has now taken the next step in being able to single handedly take a game over…which is exactly what he did in both the semi-finals and the finals.  He showed his full repertoire of his offensive skills as he consistently created off the dribble, stroked the ball from behind the three-point line, created space in the mid-range area with a little step back, and brought smaller defenders to the low post.  And each move had a different wrinkle as he showed his basketball intellect by incorporating ball fakes, jab steps, and various pivots while using a variety of different angles.  But because of his unselfish nature, Murphy is far from a one man show.  Billy Soriano and Tyler Strange both had their moments running the team while Jules Tavares impressed with his athleticism, defensive potential, and emerging offensive skills.  Ricardo Ledo is another guy who seems to be getting better by the week and seems to have all the tools to be a star before his career is done.

When it was all said and done Expressions was clearly the cream of the crop in the 16u division as they scored fairly convincing wins over New Heights in the semi’s and the Albany City Rocks in the finals.

Perhaps the unluckiest team in the 16u field was the Granite State Jayhawks, who were placed in Expressions’ pool to start the tournament.  But after falling to the eventual champions on Saturday afternoon, the team from New Hampshire wouldn’t drop another game as they came away with the title in the Platinum bracket behind great performances from Steve Spirou and Sean McClung and a solid supporting performance from Mike OLoughlin.

It looks like we’ve found the next in a long line of terrific BABC teams as the 15u club had few serious threats on their way to the championship.  With Nerlens Noel, Domonique Bull, Macam Bak Macam, Kamali Brey, and Aaron Davis (just to name a few) this team has weapons all over the floor.  Noel has an absolutely phenomenal upside as his physical gifts are off the charts as is his knack for controlling the game defensively with his shot blocking ability.  Bull is a man among boys going to the rim as his combination of speed and power makes it virtually impossible for any other 15 year old to stop him.  Like Noel, Bak Macam is another big man with the tools to eventually be a great player as he has a big frame, soft touch, and is very light on his feet.  Kamali Brey is the Daryl Bishop of this group as he’s tough as nails and a warrior of a competitor.  Finally, Davis is the glue that holds it all together as he showed great poise and feel for the game for such a young point guard.  When you consider that Egi Gjikondi will be joining this group upon his reclassification at Cushing Academy, you can see why they’re talking national championship in Boston.

In the silver division, Expressions bounced back from a disappointing loss in pool play to run away with the title.  Andrew Chrabascz led the way for the victors by doing his best Tyler Hansbrough impression by simply out-toughing people inside the paint.  The Rhode Island Hawks took the silver title to make New England three for three in the 15’s.

The pipeline appears to be strong in the Rivals organization as they claimed the 14u title in Scott Hazelton’s head coaching debut.