Summer in the City - Event Recap 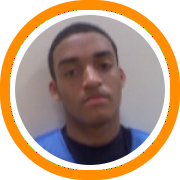 The event was run smoothly by Kimani Young (New Heights) and Matthew Pauls (NJABC), as they gave the coaches a chance to view many players and games.

The players did not disappoint as the games were hard fought on both ends.  Some of the top AAU programs such as Connecticut Elite u15, Metro Hawks, New Jersey Playaz, Team Philly, Brooklyn Ballers, New Heights and NJABC participated.

Connecticut Elite defeated the Metro Hawks by 20 points in the first round and then fell to New Heights by 2 at the buzzer in the semi-final of their 8 team bracket.  Thomas Bajda led the team in scoring in both games with 22 and 23 respectively garnering attention from a good number of college coaches.  But it was Timajh Parker-Rivera who reportedly caught the eye of Kentucky, Seton Hall, and St. Joe’s after finishing with 16 points and 10 rebounds in the first game and 21 and 15 in the second.  James Jennings played well in both games, scoring 16 against the Metro Hawks and 14 against New Heights while Arkel Miles showed well against the Metro Hawks with 16 points & 10 boards and John Covington had 12 points against New Heights.

Here are the Champions along with the Most Outstanding Players from each division. We will bring you additional information on individual players in the coming days.

Frank Mantesta previously wrote for scout.com and will be the lead recruiting analyst for the New York Recruiting Report which will debut this fall.