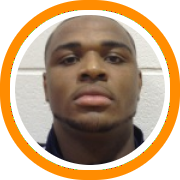 After grinding out a nine-point half time lead, the Suffield Academy Tigers would need to knock down free throws in the final minute in order to hold of a scrappy Canterbury team.

Columbia commit Kendall Jackson, who was named Tournament MVP, knocked down one of two free throws with just 31 seconds on the clock giving the Tigers a three-point lead. Suffield was able to get a stop on the defensive end on the next possession, and Rochester commit Mack Montague knocked down two more free throws, which stretched the Tigers lead to five and put the game out of reach for the Saints.

All five starters for Suffield reached double figures on the way to the title, with Jackson leading the way with 19, followed by Montague with 18, Brandeis commit Jack Fay with 13, Connecticut College commit Colin Pascoe with 12, and sophomore Christian Wilkins with 10.

Temar Hermelijn led the way with 28 points including five threes on the afternoon, for the sixth seeded Saints, who beat third seed Roxbury Latin and seventh seed Noble and Greenough en route to the title game.