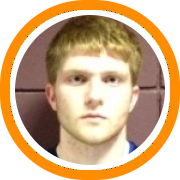 The latest local prospects to commit to the NESCAC, one of the nation’s most prestigious leagues because of the strong combination of academics and athletics, are Taft point guard Shawn Strickland and BB&N big man Nick Tarantino.

Strickland is a five-foot-ten point guard who will be heading to Bates College next year after spending the previous two seasons at Taft.  He began his career at Middletown High School in Connecticut before being named honorable mention all-conference in Class A of the NEPSAC last season.

Strickland is a playmaking lead guard who is consistently able to get a piece of the paint, both in isolations and coming off ball-screens, and is a much improved perimeter shooter, not to mention lockdown defender.

A product of the Drive 4 Stardum AAU program, Strickland joins MB Nation standout Justin Zukowski to give Bates a talented incoming backcourt tandem next season and figures likely to have an opportunity for immediate minutes as Bates will have to replace senior point guard and captain Luke Matarazzo.

Tarantino pledged to Middlebury after acceptance of his early decision application.    The six-foot-seven big man earned similar honorable mention nods in Class A last season while also being awarded first team in the ISL after averaging over 15 points and 13 rebounds per game.

This summer he was an important component of a talented Boston Warriors squad that was chosen to compete in the AAU Gold Super Showcase in Orlando.  He joins Kyle Howes (Merrimack) and Asante Sandiford (Franklin Pierce) to become the third player to commit from that team.

A tough and rugged interior presence with an expanding offensive arsenal away from the basket, Tarantino’s developing offensive game should make him a good fit on a Middlebury squad that has consistently been ranked nationally in recent years.