Stone Commits to William & Mary in ‘19 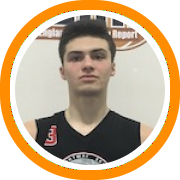 For the second time in the last week, the New England region has seen a previously reclassified prospect return to his original graduating class and make an immediate commitment.

Stone is a late-blooming forward who just turned 18 years old and has grown a couple of inches within the last year. He's a solid athlete with a good skill-set and a tough approach to the game. He's also one of the most improved players in New England who blossomed in the second half of the high school season after Jordan Mason went down with an injury and continued to ascend this spring and summer.

"No one believed I would be in the situation I am today," Stone told NERR. "You have to believe in yourself and your abilities and work as hard as you possibly can. Devote your life to the game and it will reward you tremendously."