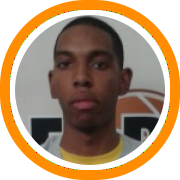 Suffield Academy head coach Jeff Depelteau announced that St. Bernard Central Catholic (MA) sophomore forward Garrett Stephenson will be transferring in and reclassifying back to 2017 upon his arrival.

Excited to welcome Garrett Stephenson @GarrettS44 to the Suffield Fam! Super young man with tons of potential! He will join the 2017 class!

Stephenson is a talented six-foot-six forward with the inside-out ability to be a major mismatch problem, not only in high school, but potentially at the next level as well.

A product of the BABC AAU program, Stephenson will have three more years to develop at Suffield, the first of which he’ll play alongside Christian Wilkins, one of the best returning big men in Class B.

They’ll be joined by Ellis Christmas, the sophomore point guard who is coming off his first season at Suffield, and Juwan Anderson, a five-foot-eleven incoming post-graduate point guard from Bishop O’Dowd High School in California who already holds scholarship offers from the likes of Portland, Northern Arizona, Pacific, and Florida A&M along with interest from the likes of California and others.