Stars of Tomorrow  Recap I 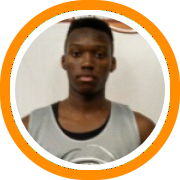 WALTHAM, MA – The Junior Elite 75 Stars of Tomorrow Camp (Powered by Zero Gravity) got underway Friday at Brandeis University, and played host to some of New England’s best young talent. After a series of stations and drills, the players were split into teams and played games. Without further ado, here were just some of the players that showed well on Friday night:

Brandon Hurst – The rising sophomore from Connecticut was the most complete player we saw at camp Friday night. He did a great job of making plays around the rim off of the bounce, getting teammates involved with some great passes, and playing hard. Hurst has a great attitude, and simply has a next level of speed that almost none of the other campers have.

Justin Guerette – The Maine native is not only one of the best players at camp, but is easily the hardest worker this weekend. Taking every opportunity to come to extra ball handling stations, get up extra shots, or help his game in anyway, Guerette really impressed all of the coaches with his work ethic. Apart from being a very hard worker, he also played very well using his unmatched strength and physicality to overpower other players his age.

Jack Zimmerman – Really impressed with his ability to make shots at a high percentage from all over the floor. He has an effective handle, understands how to get where he wants on the court, and makes great decisions once there in terms of knowing when to pull-up or finish at the hoop. Zimmerman has a bright future ahead of him, and will surely be one of the best players in the NHIAA for the next couple of years at Bishop Guertin.

Jake Coleman – Another New Hampshire product, Coleman is a rising senior who showed some very special traits offensively. He has long limbs and has a super smooth game with the ball in his hands. He isn’t the quickest player on the floor, but he does a magnificent job of changing speed and direction to keep his defender off balance. He scored the ball in high volume in both contests I saw him, and did a good job of being aggressive without being selfish. Coleman will attend Londonderry High School in the fall as a freshman.

Matt Shea – The New England Storm player is one of those guys that it is hard not to root for. He is the consummate team player and does all of the little things that coaches need to win games. While he was great offensively as well, what really made him stand out was the effort and grit he plays defense with whenever he is in the game

Kristopher Mark – The big man was a beast down low, and had a presence in the paint defensively that completely changed the game. He is a wide body who takes up space in the middle of the floor making it tough for his opposition to get anything going towards the basket.

Jakigh Dotlin – Loved his competitive nature, effort on the court. He picked up full whenever he had the opportunity, and was great on the defensive end of the floor. Offensively, he showed the ability to hit shots when he gets in a good scoring rhythm and also is athletically a step above many of the other players at camp which allowed him to get to the hole early and often Friday night.

Tawana Caldwell – The long and fast Caldwell is the most physically gifted player at camp. What makes him a very good player for his age though is that he has a very high motor that matches his undeniable athleticism and natural abilities. That combination certainly makes “T.C.” a player to look out for in the coming years.

Malik Rogers – An absolute energy guy who plays extremely hard, and did a good job of scoring in transition.

Ben Murphy – His commitment to defense and overall energy was tremendous. Murphy is another player that is a hard worker, and has made great improvements to his game in the past year.