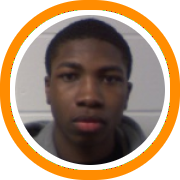 Cathedral ran into an experienced and disciplined team from Lexington to start the action on Saturday morning.  The Minutemen shared the ball extremely well, ran their offense to perfection utilizing a series of shuffle cuts, and eventually just wore down a talented, but young, Cathedral team.  Danny OKeefe earned team MVP honors scoring 12 points, grabbing 11 rebounds, and picking up 5 steals.  While it was far from a dominant individual performance for O’Keefe, he did put in a workman like effort on the interior – going to the glass and moving without the ball to free himself for lay-ups.  Lance Greene also deserves credit as he is a uniquely talented offensive player who willingly sacrificed some of his own offense to run the team and keep them in their stuff.

Two sophomores caught our eye from Cathedral.  Pat Gooden is a youngster with a strong body who can score both inside and out – shooting the three-ball and finishing plays around the rim.  Point guard Zack Bombard showed glimpses of his potential as he will provide a heady and poised floor general for head coach Justin Dalessio over the next three years.

Coming into the game minus two starters, including senior guard Cory Stockmal who suffered a severely sprained ankle a night earlier, most people didn’t expect Watertown to be able to keep up wit Sabis for 32 minutes.  But Kyle Stockmal had other plans.  Forced to handle more of the ball-handling responsibilities than normal, Stockmal played a fantastic all around floor game, showing tremendous vision and passing skills throughout the contest.  Of course he also showed his patented long range stroke, knocking down two early three-pointers and finishing with 16 points, 8 assists, and only 2 turnovers.  But while Stockmal was doing a great job of being unselfish and getting his teammates open looks, you have to credit the supporting cast for stepping up and knocking those shots down.  No one was better at that than sophomore Marco Coppola who proved his worth as a very dangerous catch and shoot player, especially from the corners, en route to a team high 17 point performance.

Kamali Bey had a breakout performance for Sabis and is definitely a name to remember in the future.  The 6’3” freshman forward was the best player on the floor for his team, scoring on the interior throughout the course of the game.  5’11” junior guard Andre King couldn’t really get his shot going from the three-point line but was nonetheless able to demonstrate his ability to get into the lane and finish against contact.

Massachusetts’ premier high school basketball team faced off against the best the sunshine state has to offer.  American Heritage dominated from the get go as their full court pressure and offensive firepower in the backcourt (Florida commit Kenny Boynton and Central Florida commit Raymond Taylor) eventually allowed them to build up a 30 point lead in the third quarter.  But Central Catholic showed their resilience as they fought all the way back in the fourth quarter to make it a five point game.  Ultimately however, it was simply too little too late as the Florida based team came away with the victory.

Even in defeat Carson Desrosiers was especially impressive for Central Catholic.  Not only did he stuff the stat sheet with his 23 points and 13 rebounds, but he showed his versatility as he was dominant in stretches patrolling the paint on the defensive end and stepping to the perimeter and showing his skill set on the offensive end.  Billy Marsden also turned some heads, especially late in the game, as he went for 25 points, including four three-pointers.  Another player of note was sophomore Jimmy Zenevitch who did the dirty work on the interior all night long and consequently found ways to score.

Hillhouse set the tone early as their defensive pressure forced Springfield Central into a number of turnovers which resulted in some transition baskets going the other way.  But the local team wouldn’t go away easily and despite finding themselves in a double digit deficit early in the action, they fought all the way back and actually took the lead with less than two minutes to play as Jordan Smith got to the rim to make it 44-43.

That’s when Hillhouse’s senior guard Jeremy Moore stepped up to take control.  Not only did Moore get to the line twice and knock down all of his free-throws but he set the tone on the other end with his defensive intensity which resulted in Central not scoring for the rest of the game.

Washington bound forward Clarence Trent, from the Patterson School in North Carolina, ran away with the dunk contest as he took off from just inside the foul line, did a 360 degree windmill, and finally dunked his elbow into the rim and pointed to his competition ala Vince Carter.  Gerard Coleman was a notable local performer who showed his hop as he cleared his Tilton teammate Alex Oriakhi sitting in a chair for a highlight reel dunk.

Kyle Stockmal was hoping to make it two for two as he looked for the three-point championship after leading his team to a victory earlier in the day.  The Watertown sniper led after the first round, but ultimately picked up the silver after knocking down one less than Patterson’s Hunter McClintock.