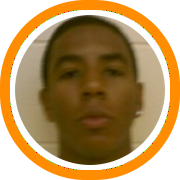 Northfield Mount Hermon’s Josh Riddle and New Hampton’s Kendall Durant both made verbal commitments on Tuesday.  Today, both players are expected to sign their national letters of intent along with a variety of other local players.

Riddle will be joining his NMH teammate David Rufful at Dartmouth.  The Colorado native was getting a wide range of interest from Ivy League Schools but ultimately decided to join the Big Green.

“The academics and athletics were a great combination,” he said.  “Plus having the opportunity to go there with Dave is great.  I think we should both be able to earn playing time right away and hopefully win a lot of games together over the next four years.”

Rufful and Riddle also share a deep appreciation for all of the people at Northfield Mount Hermon as Riddle was quick to echo his teammate’s sentiments from earlier in the week.

“I didn’t have any opportunities before I got here,” Riddle said.  “Not only have they opened up doors for me to play college basketball, but the education I’m getting is going to prepare me for the Ivy League as well.”

Durant, who has been widely impressive since arriving at New Hampton, committed to Virginia Tech of the ACC.  Securing a commitment from the powerful guard is a major recruiting victory for Virginia Tech Head Coach Seth Greenberg who beat out other programs including Penn State, Tulsa, South Carolina, St. John’s, and South Florida.

But prior to arriving in Virginia, Durant has some unfinished business to attend to as he will anchor first year Head Coach Pete Hutchins’ line-up at New Hampton.  With his combination of power and skill, Durant could easily emerge as one of the best players in the NEPSAC this year.