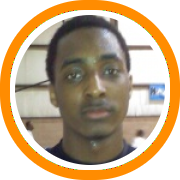 The six-foot-six forward ran with the New York Lightning on the 2012 EYBL circuit and saw wide-ranging division I interest and recruitment throughout the course of his high school and AAU careers.

Carter is an athletic six-foot-six forward who covers the court with ease, is capable of defending multiple positions, and a threat to play above the rim on both ends of the floor.  With a consistently enhancing offensive game, he projects as someone capable of having a strong career in the Northeast-10 Conference.

SCSU’s frontcourt looks very formidable for the foreseeable future as Carter will team with rising sophomore Stefon Williams to form one of the NE-10’s most athletic forward tandems, while former NMH big man Lucas Van Ness is one of the league’s only true centers.