Schneider is a Steal for Amherst 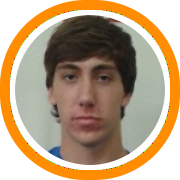 Wilbraham & Monson senior big man Joe Schneider will be attending Amherst College next season. His decision was made public on Monday after he received his official acceptance to the college.

Amherst is the second rated liberal arts college in the country according to U.S. News and World Report and also has a rich basketball tradition, having won gone to six Final Fours and won national championships in both 2007 and 2013.

It was little more than two years ago that Schneider first exploded onto the scene, quickly intriguing people with his combination of size, mobility, and raw tools, even earning an early scholarship offer from Notre Dame in the process.

Since that time, he’s continued to learn the game and develop, all while seeing steady recruitment from a variety of division I programs in the process. All the while, his desire to attend a top academic division I schools has been a constant throughout the process, and so it’s not a total surprise to see him spurn such division I interest from a division III program like Amherst.

Amherst not only provides a world-class education and potential opportunity to compete for a national championship, but also the opportunity to do so close to home since Schneider’s family is from nearby Longmeadow, Massachusetts.

Schneider is now in his second season at Wilbraham & Monson Academy and also starred with Metro Boston on the summer AAU circuit.