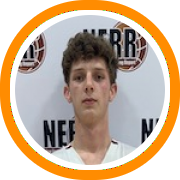 The 10th grade division was perhaps the most competitive of this year’s Super 16 Memorial Day Showcase.

Connecticut Elite was in the midst of a dramatic run on the top half of the American division, holding on for a 49-47 win over Middlesex Magic in the quarterfinals and then defeating Rise Above in the semifinals.

Meanwhile, on the bottom half of the bracket, NY Finest pulled away from YES in the quarterfinals and then survived Northeast Xtreme 53-51 in the semifinals. The finals, saw them outlast an exhausted CT Elite squad to capture the championship.

Keeshawn Jones, NY Finest - A long and athletic frontcourt player who was dominant both in the open floor as well as around the paint, Jones also showed good touch and the potential to extend his face-up game farther along the perimeter.

Mason Jackson, CT Elite - A long and athletic wing who is still just growing into his body but has already shown great improvement within the last year, Jackson shoots the 3 effectively and is evolving as a ball-handler and perimeter player.

Jawarie Hamelin, NE Nightmare - A point guard who can stuff the stat sheet, Hamelin earned player of the game honors early Saturday and continued to be a focal point of Nightmare’s run throughout the rest of the weekend.

David Quinones, Showtime Elite - Quinones is a skilled and heady prospect with a good feel for the game. He shows excellent open floor instincts and decision-making ability in the open floor and also boasts and dangerous jump-shot.

Kurtis Henderson, Middlesex Magic - A strong and compact guard with incredible durability, Henderson logged heavy minutes throughout the weekend and was effective from start to finish. He’s strong, skilled, and able to impact the game on both ends of the floor.

Koby Brea, New Heights - Coming off a breakout season at Monsignor Scanlan, Brea is a big guard with a very high ceiling who already owns multiple division I offers. He has a very unique skill-set for his size, creates constant mismatches in the backcourt, and is smooth in the open floor.

Kristan Lewis, NY Finest - A physically gifted combo-guard, Lewis utilizes his bouncy athleticism and long arms on both ends of the floor. He’s his team’s best defender and plays bigger than he is around the paint, blocking numerous shots throughout the weekend.

Carter Meshanic, CT Elite - The KO sophomore has redefined his game as of late. Once an undersized big, he’s now running the offense and making shots while still maintaining the physical strength and toughness that served him so well inside.

Will Batchelder, Middlesex Magic - Batchelder wasn’t just the team’s leading scorer but he also stepped-up in big moments down the stretch, including a pair of late-game threes that almost brought the Magic back in the final few possessions of the quarterfinals.

Darrel Yepdo, NEXT - A power guard and emerging name in the 2022 class, Yepdo handled the point guard duties capably, overpowered smaller guards off the dribble, showed good court vision, and athleticism on both ends of the floor.

Tommy Dunn, Central Mass Shamrocks - A high-volume scorer who has already put up 800 points in the first-half of his high school career, Dunn scores it in bunches from the backcourt.

Logan Carey, PTT - The 2022 guard played up an age group and more than held his own, starring for his team by consistently penetrating opposing defenses and knocking down big shots.

Kevin Baxter, HHBC - An inside-out threat who put up big numbers, including a 30 point performance on Saturday, Baxter can make shots to the arc, post-up smaller defenders, and is also a relentless rebounder.

Matt Murphy, High Rise Elite - Skilled with good size and a high basketball I.Q., Murphy is a 6-foot-8 perimeter player who has a soft touch, range to the three-point line, and an understanding of how to move without the ball.

Hunter Meshanic, CT Elite TS -  The former big man has added a perimeter game and has become a knock down shooter for CT Elites 16U squad. Averaging a double double throughout the tournament he starred in a big time win over a tough Middlesex Magic team.

Ty Calloway, CT Elite DBC - A model of durability and consistency, Calloway played five games in the first 24 hours of the event and put numbers on the board in each and every one as he attacked the defense and found ways to impact the game.

Matt McCool, Wrightway Skills Academy - He may be young for his grade, but you wouldn’t know it by looking at his frame or his game. He’s long, strong, skilled, and versatile with the way in which he can score the ball.

Eli Blackwell, New Haven Heat - Blackwell is an undersized guard who pushes the tempo in the open floor, runs the offense in the half-court, and is the ultimate competitor in all aspects of the game.

Eric Tynes, SECC - The big combo-guard is just beginning to grow into his frame and all arms and legs at the moment. He’s young for his grade and pondering reclassification with the tools to be a great defender and three-range scorer.

Dom Campbell, YES! - A late-blooming “dancing bear” type of big man, Campbell is a wide-bodied 6-foot-8 post who continues to grow but is also mobile and agile for his size with a high-motor and good understanding of how to use his body.

Jake Bender, NE Rivals-Wilner - He started to make a name for himself at the Academic Elite 75 Experience and continued to stand-out here. A strong, two-way guard, Bender is a shot-maker and diligent defender.

Kualim Johnson, Rise Above-Sheehan - A big 6-foot-5 wing guard with the potential to play multiple positions, Johnson did his best work in the mid-range area with his ability to score over top of smaller guards with his pull-up game.

Vindell Witherspoon, NY Wiz Kids - A high-level athlete with long arms and a reported 7-foot wingspan, Witherspoon plays above the rim on both ends, has a level of explosiveness beyond most others, and a ton of untapped physical potential.

Amadou Diallo, Diallo Elite - He showed a knowledge of the game and passion for the sport that is uncommon for his age. Diallo has a high basketball I.Q. and natural feel, or instinct, for the game.

Tommy Lorenzetti, CT Passion - Lorenzetti is compat with a strong build and solid skill-set. He can create off the bounce with a tight cross-over but also showed some clutch shot-making ability for CT Passion.

Brandon Wiercinski, Mass Elite - A coach’s son and proven shot-maker with a quick release and lots of big game experience, Wiercinski has been a part of this team’s foundation all season long and was all the more dangerous this weekend after the addition of Millbrook’s Charlie Weisberg.

Raymond Espinal-Guzman, RI Elite - A very intriguing long-term prospect because of his combination of size and skill, Espinal-Guzman is a 6-foot-7 forward who can create his own shot in different ways and has a high-ceiling moving forward.

Alexander Oakleaf, New England Storm - In a balanced offensive attack for the Storm, Oaklead provided a constant weapon from behind the arc who was capable of making shots in bunches and spacing the floor at all times.

Dahlak Amanuel, Boston Warriors - One of the standout guards for the Warriors, Amanuel thrived in transition, both filling lanes and making plays north to south, and combined with Justin Ferrer to form a potent one-two punch on the perimeter.

Patrick Freeman, Metrowest Swarm - He may be undersized at 5’9 but he’s plenty experienced after starting for Algonquin as a sophomore. Freeman is a fundamentally sound guard who is both smart and savvy as well.

Shea Skowyra, Mass Select - A 6-foot-5 forward who has continued to grow and stretch his game, Skowyra plays big inside the lane, absorbs contact, rebounds the ball, and is a versatile scorer inside of about 16-18 feet.

Devon Thompson, Middlesex Magic-Downing - Thompson is a skilled shot-maker who operates within the Magic’s offensive system and is potent whenever he’s able to set his feet from behind the arc.