Rumble in the Bronx  Friday Recap 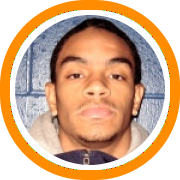 In the biggest upset of the opening night, the Mass. Raiders knocked off Team Final in overtime 73-68.  The Raiders were led by Danny O’Keefe who scored a team high 18 points, including 12 in a dominant first half.  After the fundamentally sound forward hit his first two shots from behind the three-point line, he had opportunities to show off the rest of his game as he attacked close-outs to get to the rim, knocked down his one dribble pull-ups, and passed well with his back to the basket.

Lance Greene, who finished with 15 points, also played a big role for the Raiders, especially during the second half.  Greene showed a quick first step getting into the lane and was able to finish plays with both running floaters and leaning pull-ups.  Also playing well was Alan Harris, Scott Tavares, and Chris Forlenza who came off the bench to knock down back to back three-pointers in the first half.

As for Team Final, they got a very lackluster performance out of their star player in South Kent’s Dion Waiters, who finished with only 4 points.  Waiters has clearly added a lot of muscle to his body since the end of the prep school season but was still making many of the same mistakes he did last year in terms of his shot selection and decision making.  However, we still maintain that once he learns how to pick his spots and best utilize his abilities, his potential is virtually limitless.

In other action on Friday night, New Heights lost a hard fought battle to Gardner Road Elite from North Carolina.  And while New Heights may be based out of New York, they have plenty of New England connections with Nino Greer (Cheshire Academy), Cam Sutton (Kimball Union), Roshard Bryant (Suffield Academy), Tywon Clark (Hyde), and Jovan Mitchell (Hyde) all on the roster.  Greer and Sutton were particularly impressive tonight.  Greer is at his best in the open floor where he uses his tremendous speed to get to the basket and make plays either by finishing himself or by finding his teammates.  Sutton has done a tremendous job of building up his body and is also his team’s best perimeter defender.  With a terrific first step, he is a jumper away from being a division I prospect.

It was an up and down night for Connecticut Basketball Club as their u17 team lost a tight battle to Expressions and their u16 team blew out Gardner Road Elite.  In the u17 game CBC made a valiant comeback towards the end of the game after playing from behind for virtually all 32 minutes.  However, the outside shooting of Mike Marra (6 three-pointers) again proved to be the difference maker for Expressions.  The victors also got solid performances out of Andrew McCarthy (12 points, 8 rebounds) and Kyle Casey (12 rebounds) inside.

In the u16 contest Gardner Road clearly came into the game without a scouting report as they made the mistake of attempting to trap CBC’s speedy backcourt of Luke Matarazzo and Danny Lawhorn, which ultimately resulted in a lay-up drill, especially for Denzel Jones who finished with 30 points and 6 dunks.