Rivals Classic on Tap for Sunday 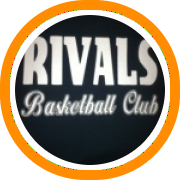 The event will feature an MIAA double header between two of the top teams in northern Massachusetts beginning with Haverhill vs. Reading at 5:30p.m. followed by St. John’s Prep and Cambridge and 7:00p.m.

The nightcap features another potent St. John’s Prep squad led by Steve Haladyna and his 23 points per game.  Mike Carbone and Fred Shove are both averaging 12 points for game for the 7-1 squad.  Cambridge is adjusting to life without the Taylor borhters and currently 5-3 thanks to the production of Edirson Correia who averages 16 points per game.

Steve Haladayna, 2012, 6'4", G, St. John's Prep - Haladyna might just be the most productive high school player in the M.I.A.A. and has just recently scored his 1,000th career point.  Haladyna finds a way to get his hands on the basketball and has a knack for being in the right place at the right time.  The bottom line with this young man is that he is a winner.

Jerry Ellis-Williams, 2012, 6'4", F, Reading - , Ellis Williams is a versatile forward that can play both inside and out.  He is currently averaging 17.8 point and 8 rebounds per game for the Rockets while leading them with 24 3-pointers.  Ellis-Williams currently ranks as the third all-time scorer in Reading school history with1,120 points  and is just 25 points away from moving into second place all-time.

Mike Carbone, 2012, 5'9", G, St. John's Prep - Carbone has earned himself a reputation of being a hard nose competitor who leaves it all on the court.  He has made a name for himself by knocking down big shots as he was a man on fire during St. John's run to a state championship last season.  Carbone has begun the 2011-2012 campaign just where he left off.

Kenny Reed, 2012, 5’8”, PG, Reading - Reed is an athletic point guard who knows how to run a team, but has the ability to score the basketball when he needs to.  He is currently second on the Rockets in scoring, averaging 13.8 ppg, and just 18 points away from his 1,000th career point.

Fred Shove, 2012, 6’4”, G, St. John's Prep -  The lefty can both knock down shots and is aggressive getting to the rim.  Shove is a threat from the perimeter, but is at his best when he is drives to the rim and creates contact.  Shove is averaging a double-double for the Prep with 12 points and 10 rebounds per game.

Marcus Faison, 2013, 6'4", SF, Cambridge -  Faison is a lefty forward with great upside and might be of the best kept secrets in the area.  He is a tremendous rebounder on both ends of the floor and can take the ball off the backboard and start the break off the dribble. Faison has the ability to finish at the rim, but also can light it up from behind the 3 point arc. His great asset may be his basketball IQ.

Jeffrey Tabb, 2014, 5'9, PG, Cambridge - Tabb is a very talented young point guard with an innate ability to attack in transition and find the open man. He can shoot the pull up off the dribble with consistency, is an excellent ball-handler and passer, and one of the best young floor generals in the area.

Anthony Dionne, 2014, 6’1”, G, Haverhill - Dionne is a high motor guy for the Hillies.  A much improved shooter and passer, Dionne has been the glue for Haverhill and leads the team in every major basketball category with 13pts, 8 rbs, and 5 assists per game.  His best attribute is his ability to slash to the basket and finish or to find his teammates for a good opportunity.

Matt Jameson, 2014, 6’0”, G, Haverhill - Jameson is an excellent three-point shooter who is averaging 10.7 ppg and shooting 48% from behind the three point line.  Jameson will become a real problem for defenders as he continues to improve his ability to put the ball to the floor.

Drew Belcher, 2014, 6’4”, SF, Reading -  Belcher is a talented small forward who is physical underneath the basket but can step away and make shots.  The athletic Belcher is considered by many as a division 1 football prospect.

Marcos Ecchevaria, 2015, 5’7”, G, St. John's Prep - Ecchevaria is a talented point guard who plays the game with a high intensity. He does a great job of taking care of the basketball and getting it into the hands of senior scorers Haladyna and Carbone.

Ben Judson, 2015, 6'4", G, St. John's Prep - Judson is both a long and skilled lefty with the potential to play multiple positions.  Judson does a bit of everything - knocking down shots, showing above average athleticism, and even playing some point.  The future is bright for this young man.