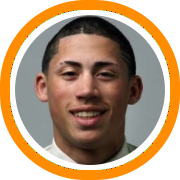 The 2011-2012 season wrapped up with a wild post-season in the RIIL, with teams coming out of virtually nowhere to make it to the Ryan Center.  Now, with many of the state’s top players taking the prep school route, it remains to be seen which players will step up to fill the void.  Here are the players and teams with a chance to make a statement this season:

The Saints of St. Raphaels enter their final season with Charles Correa at the point. Correa already has the major high school goals in his pocket by winning a championship ring as a sophomore and helping himself to 1,0000 points by the end of his junior year. Now we get to see if the 5’9” scoring machine can add to his legacy.

Coach Kavanagh has a loaded Classical team once again this season. Ishmael Batista and Terril Toe are back for their senior years and junior Kealen Ives is capable of proving himself as the state's top prospect. This backcourt trio will be able to put up numbers by the bunches with Ives outstanding playmaking ability to compliment Toe's 3-point dagger and Batista's ability to score at will.

LaSalle Academy will undergo their 3rd head coaching change in two seasons with Coach Simonelli filling the role. The academy has one of the deepest benches in the RIIL this season. Michael Clarke will lead an up-tempo offense with senior Jared Thompson on his side knocking down shots. Dexter Thompson's rebounding and Keon Wilson's athleticism will make them a tough match-up for any team while Mike Catarina, Damon Gomes, freshman CJay Waite, and Mike McCourt will all benefit the Rams.

Mount Pleasant has Jovel Beckford back for his senior year with his deadly stroke and high academic value giving him a plethora of college options. High flying Zdahmond Dale brings power and athleticism to the Kilties backcourt, where he will be joined by transfer Juan Velez, who could be big for the team if he can mesh his scoring ability with the team’s offense.  Joseph Putu has a key role utilizing his versatility in the post for an otherwise perimeter oriented team. If everything fits, Mount Pleasant could be a dominant RIIL team.

The Barrington Eagles lost their star in Ben Engvall to the prep school movement, but have Corey Daugherty back and ready to go. Daugherty exceeded expectations running the point last year as a freshman and made even greater strides over the summer with a sole focus on basketball. Jesse Brown plays a key role with his three point shooting and must knock down shots to relieve some of the scoring duties from the sophomore point guard.

Westerly starts another season with Austin Cilley who has made a prominent name for himself in Rhode Island after leading the state in three-pointers made and going off for several ridiculous scoring outbursts.  But now the Bulldogs have 6'1'' freshman guard Jacee Hamelin who can bring versatility to their backcourt if Cilley is ready to share the rock.

Prout has made the jump from division three to division two in the RIIL this year, and their senior duo of Justin Bristol and Eric Ramieka will make them a formidable opponent. The 6'7'' Bristol will control the post all year for Prout, while Ramieka will look to duplicate some of his 30 point performances from a year ago against better competition.  Sophomore Chris Diclemente will have to both score and rebound for the Crusaders down low.

Last but not least is Johnston, who should be the division three champs this season. 6’4” small forward Evan Hopson is virtually unmatched at the division III level and junior point guard Tyreek McPhail provides a quality running mate who consistently blows by defenders and can lock-up his opponents on defense.

Who To Watch For

Jerrelle Washington - Central's junior guard is almost all that is left of last year’s championship team, but he can, without doubt, take on a leadership role and grab a load of wins for Central.

Ben Chester - East Greenwich will rely heavily on this junior guard to make plays all season long for some wins in division three.

Dan Doyle - Narragansett looks to their sophomore point guard to take care of leading the team while knocking down some shots to put “Gansett” on the winning side of Rhode Island.