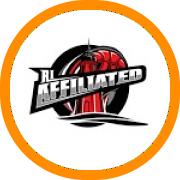 RI Affiliated has been hard at work in recent weeks and months, traveling throughout New England the greater northeast to capture some of the best high school, prep school and grassroots footage there is out there.

RI Affiliated's most recent trip took him to Northfield Mount Hermon, for what many have described as the prep school game of the season thus far as NMH held off the defending national and NEPSAC champions, Brewster Academy, in overtime.