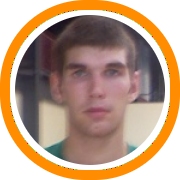 Bishop Hendricken - When you’ve won five straight state titles and return two of the best guards in the state, it’s a pretty safe assumption that you’ll be the favorites.  Bishop Hendricken is used to having the “X” on their back and anyone who says they aren’t the pre-season favorites is simply kidding themselves.  Billy Baron, the hero of last year’s state championship game, returns for his senior season as perhaps the state’s top player.  But he’ll get plenty of help especially from junior guard Nick Manning and skilled 6’7” forward Matt Barboza.  There is also plenty of young talent on hand, especially in the sophomore class where Ricardo Ledo should be ready for a break-out year.  Depth is also a huge weapon for this team as they have about ten players who would start for 90% of the teams in Rhode Island.

Woonsocket – Last year’s runner up is looking to get over the hump this year and behind the star power of senior guard Antjuan Jones they have the go-to scorer to do it.  The supporting cast will be the key if Woonsocket is to be the last team standing and with Lee Vazquez being the only other returning starter from last year’s group that may be easier said then done.

Mount Pleasant – The squad that went 13-5 last year returns a potent inside out duo in 6’9” senior big man Jordan McDonald and Billy Soriano, the super exciting sophomore point guard.  That should be plenty to keep them in contention this year.

LaSalle Academy – Last year was a bit of a disappointment as LaSalle failed to qualify for the division I play-offs, but behind the perimeter fire power of Pucci Angel the tide should turn in 08-09.

Others – Cranston East should be able to crack the .500 mark this year and may even be better if the senior backcourt of Mike Juarez, Ricky Fuller, and Kevin Cabrera can get the job done…North Kingston will look to Jamale Horn to help lead the team back to a spot in the semi-finals…Frank Robinson will lead the way for East Providence as they compete in the very challenging East Division…St. Raphael’s will have to overcome the loss of do-it-all big man Jeff Holmes, but they have the pieces to still be competitive…Cranston West should be formidable this year with the likes of senior point guard Ethan Smith running the show

Classical – Much like in division I, the odds are on a re-peat in division II.  Classical returns their potent 1-2 punch of 6’5” big man Ashton Watkins and 5’9” senior point guard Levon Waite from the team that went 16-0 last year en route to the division II state title.  Watkins changes the game on the inside unlike anyone else in the state as his high motor and athleticism is unmatched in the RIIL.  But don’t sleep on the backcourt as Waite, and juniors Mike Palumbo and Avery Robinson make quite a trio.

Shea – Shea finished last year with a record of 7-9 and was quickly bounced out of the state tournament by a talented Feinstein program.  But with the return of two talented junior guards in Malcolm Moniz and Kevin Walker, they should be much improved this season.

West Warwick – Last year’s D2 runner up may not have the star power of some other programs, but what they do have is experience and quality veterans in the likes of Richard Lizotte, Cesar Ortiz, and Reuben Paygai.

Coventry – They had only one loss on the season before West Warwick surprised them in the state semi-finals last year.  This season they are hoping for some retribution as 6’6” senior Matt Willard anchors the frontline and Jon Ruest runs the team from the backcourt.

Rogers – They gave Classical their biggest test of the post-season last year as they fell by only 7 points in the semi-finals.  The junior backcourt tandem of Kyle Moreino and Kyle DeCosta will certainly benefit from that experience, as will senior forward Derrick Starnes.

Narragansett – Narragansett will be relying on their senior guard tandem of Jay Jeanotte and Nate Patterson to help them return to contention this year.  Last season they finished 9-7 and advanced to the quarterfinals.

Central Falls – Central Falls went into last year’s state tournament as the top seed and favorite to claim the title, but they were stopped in the final by Moses Brown.  This year they’re out to get it right and with junior guard Robert Alers having another year of experience under his belt they may just be able to do it.

Moses Brown – The defending champs return senior guards Anjuwon Spence and Luke Martin as well as senior forward Ben Drapcho.  The trio gives Moses Brown the experience and offensive firepower to be one of two favorites in division III heading into the season.

North Smithfield - Matt Chiccarrelli anchors the interior for North Smithfield and Zach Dobson handles the point for the team that is coming off a 16-4 season before an upset loss to Juanita Sanchez in the quarterfinals.

Burrilville – Guard play will be crucial, but if 6’7” big man Jeff Schmeltz can get some touches in the middle then Burrilville should definitely improve upon their 8-12 record from a year ago.