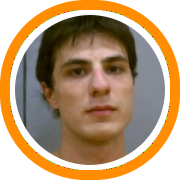 Arguably the best performance of the night belonged to 6’7” Mike Myers-Keitt, a post graduate at Marianapolis Prep. Myers-Keitt, a native of Waterbury, CT showed off his all around game as he was scoring from just about everywhere.  Many of the fans in attendence were keeping close eyes on the athletic wing man as he had several highlight dunks to go along with his supurb shooting.

Another top player who impressed was 6’2” senior Josh Paulino of The Pomfret School in Connecticut.  Paulino showed tremendous athleticism by running the floor for easy transition buckets, battling inside, and out-rebounding many of the big men on the floor.  If that weren’t enough, the shooting guard showed he can knock down shots with the best of them.  In fact, Paulino and Marianapolis post-graduate Nikoal Vukadinovic were clearly the best pure shooters in the gym.

In the backcourt there were some other guards that stood out with their exceptional play.  5’10” Corey Wright Jr. of Marianapolis Prep did what he wanted all night as did 6’0” senior Colin Burns of Ponaganset HS. Wright impressed with his handle and ability to create his own shot at will, while Burns was very doing a little bit of everything.  Burns showed that he can finish in traffic, knock down shots from the three point line, and had a toughness about him that was matched by few in the gym.

Other top performances on the night belonged to:

Aaron Strothers, P-G, Marianapolis Prep (Conn):  Strothers was able to run the floor and use his athleticism to finish a couple of alley-oops, in addition to showing his improved shooting while stepping out and knocking down some 15 footers.  Additionally, his quickness was too much for opposing big men on the wing as he got to the rim with ease when challenged on the perimeter.

Drew Venter, SR, Mansfield High School (Mass):  In the first game Venter came off the bench and was the best athlete on the floor. He brought energy, athleticism and a nose for the ball. He is a hardworking defender who was able to get into passing lanes in order to fuel his team’s transition game.  Offensively, he was at his best in the open floor but also showed the ability to knock down shots off the dribble from 15 feet and in.

Carl Magnum, SR, Central High School (RI):  Magnum showed that he is a good athlete with good handle and a great body. In game one he got to the rim anytime he wanted. Despite missing a couple of easy lay-ups early, he was determined to keep going to the rim until he got his shot to fall.  Defensively, he proved his worth by always guarding the opposition’s best player and shooting into passing lanes for steals.  If he continues to play hard at both ends of the floor then he has a high ceiling.

Jimmy McGrath, SR, Mansfield High School (Mass):  McGrath is a tough and scrappy athletic wing player that was all over the court on Friday. He passed well, rebounded, and finished around the hoop. He had a non-stop motor and always made good things happen for his team. He played smart basketball on the offensive end, taking what the defense gave him while taking care of the ball, finding teammates for open shots, and knocking down shots of his own with a smooth release.

Mickey Shrivastava, SR, Westerly High School (RI):  This lefty point guard showed good ball handling skills with a quick first step. In the first two games he got on the court and looked for his shot right away, knocking down open looks from the three-point line.  The lefty’s ability to go by people as well as make shots from the perimeter makes him a tough match-up.

Ian Palumbo, SO, La Salle Academy (RI):  Palumbo came onto the court with confidence and showed that right away with his jump shot. He found good spots on the court and knocked down the open jumper when his teammates found him.  He also showed some potential to attack off the dribble as he went to the rim hard.

Rundell Mauge, P-G, Putnam Science Academy (RI):  The big 7-footer is long and pretty athletic; his skill set is still developing but he showed flashes of strong offensive moves.  Rundell was able to use his right with a nice baby hook and also had a few put backs with his left.  He did show good court presence being vocal with his teammates, knowing when to post up, and finding the point guard for a screen and roll at appropriate times.

Michael Juarez, JR, Cranston High School, (RI):  Juarez is a lefty wing player that has good size and toughness.  Early in the night he established his three-point shot, while later in the evening he used a good shot-fake to get to the rim.  Overall he played hard on every possession and was one of the toughest players in the gym, doing all the little things that coaches love to see.

Shawn Simmons, SR, McMahon HS (Conn):  Simmons showed he is a very athletic player that was at his best in transition all night.  He was tough and physical, finishing every time he went to the rim.  Later on in the night he displayed a good shooting touch, including a 20-footer off the dribble with a defender in his face.

Donnell Holder, JR, Northwest Catholic HS (Conn):  He was strong on the glass all night long, especially on the offensive end where he converted a good number of put-backs.  Holder has good size and athleticism and played to his strengths all night long, giving opposing defenders all kinds of problems.

Lamont Thomas:  Thomas got better as the night went on.  The point guard was at his best with the ball in his hands as he combined good explosion with a smooth handle.  He also has a bit of a throw-back mid-range game as he knocks down shots consistently from 15 feet when pulling up off the bounce.  Defensively, he was able to force the opposition into several turnovers which sparked his team’s transition attack.  Overall, the game comes so naturally to him fans can occasionally be fooled into thinking he isn’t playing hard.

Danny Majchrzak, SO, East Lyme HS (Conn):  Majchrzak is a young kid who did not show his youth on Friday.  He handled the ball well throughout the evening, getting to the rim and creating open shots for his teammates.  Danny showed a little bit of an outside game by knocking down a couple of three-pointers.