Recapping the AAU u17 Super Showcase 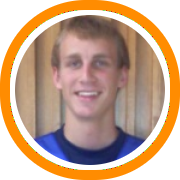 The u17 Super Showcase had a unique set-up.  In fact, it was really two separate tournaments.  Every team in the field was separated into either the gold or silver divisions prior to the beginning of the week.  Those two divisions played their own pool play games, bracket play games, crowned separate champions, and no overlapping competition.

BABC was New England’s lone representative in the gold division and they played well.  They dropped a 71-62 decision to the New York Gauchos in the opening round of pool play but came back to score wins over Squires Richmond 85-50 and Arkansas Wings 60-56 to finish in second place.

In the first round of bracket play BABC lost 73-61 to Each 1 Teach 1, who would go all the way to the gold final before losing to Team Takeover.

There were a number of other local programs in action in the silver bracket.

Top amongst those was Expressions Elite who saw both their 2010 team and 2011 team thrive.  Both teams won their pool and only fell at the hands of the eventual champions, the Illinois Titans.

The Titans got their toughest test of the tournament in the quarterfinals when they faced Expressions’ elder group and barely survived, 79-76, in two overtimes.  But the star of the game was, without question, Billy Baron who had a game high 31 points, including 12 in the first quarter.

For Baron, this performance was the culmination of a successful week, as he was not only scoring the ball in high volume but also passing and creating for others.  As a result, Baron claimed his first high major scholarship offered from Rutgers University.

Tyler Olander had some very good games as well, and was trailed by Connecticut head coach Jim Calhoun on 2 or 3 different occasions.  Others who shined at various times for Expressions were Rod Odom, Joe OShea, and Laurent Rivard.

It was a great overall week for Expressions as they finished with a 5-1 record and didn’t win a game by less than 20 in pool play.

After the Titans knocked off Expressions in the quarterfinals they advanced to the semis where Expressions’ 2011 team was there waiting for them.  This game wasn’t quite as close as the previous round, but it was nonetheless a tremendous result for a u16 team (with several u15 eligible players) to advance to the semi-finals of a national level tournament.

Expressions 2011 finished with a 6-1 record on the week and proved why they will no doubt be players on the national scene next season.

After coming out of pool play completely unscathed, Expressions beat a very good Petersburg Elite team, featuring 6’8” 300 lbs Davante Gardner, 81-66 behind 3 first half three-pointers from Tyler Strange, 20 points from Jules Tavares, and 17 points (including a perfect 8-8 from free-throw line in 4th quarter) from Jaymie Spears.

Expressions got their running game started early in the Round of 16, and ended up pounding Long Island Lightning Dingle.  Six players scored in double figures with Spears having 14, Alex Murphy 13, Kaleb Tarczewski 12, Ricardo Ledo and Chris Sherwood 11, and Tavares 10.

In the quarterfinals, they scored a very impressive win, with a 76-66 decision over Florida Elite.  Ledo and Murphy assumed their positions of prominence within the team to lead them in this contest, scoring 20 and 18 respectively.

ESPN was also in the stands to watch this one and went on to profile both 2012 stars, and noting that Ledo, “has a chance to be a big time player.”

For Murphy, his big achievement was landing a scholarship offer from the University of Kansas, the 2008 NCAA champions.

Connecticut Basketball Club was the only other local group to win their pool and advance to the top bracket.  CBC did it in their typical way, getting production from each of their 9 players and turning in hard-working performances at each step along the way.  Once bracket play began they scored an opening round victory over Shining Stars Black but fell in the second round to another Shining Stars team.

Those two who finished second in their pools were sent to the bronze brocket and that group included the Rhode Island Breakers, Connecticut Elite, MBR, and the CMAC Hawks.  Connecticut Elite was the only of these four to score a win in bracket play, but they ultimately fell in the second round to the eventual bronze champions, Illinois Kings.

Boston Warriors North and Metro Boston both finished third in their pool, although Metro still had a 2-1 record, and were consequently sent to the iron pool.  But that’s where the Warriors would begin to play their best basketball as they would score five more wins, all by single digits, to go on and win the iron division bracket.