Recapping Day 1 of the Signing Period 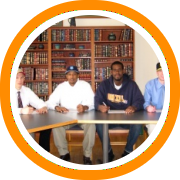 Wednesday marked the first day of the fall early signing period and there were plenty of headlines from New England and beyond.

The signing period, which will last until November 18th, is significant because while prospects are allowed to make verbal commitments to schools at virtually anytime, that commitment does not become contractually binding until they sign their National Letter of Intent (NLI).

The NCAA only allows senior prospects the opportunity to sign for 8 days in the pre-season.  Following the conclusion of the early signing period, prospects will not be allowed to sign until April 14th.

Here are some of the headlines from day one of the signing period:

•  Smotrycz joined fellow top 100 product Tim Hardaway Jr. in Michigan’s recruiting class - "These are two multi-dimensional players that are very capable of playing several different positions," coach John Beilein said. "They have good length. They are outstanding shooters. They have a good feel for the game with high basketball IQs. They have great court vision. What really impresses me is their ability to pass which will be valuable down the road."

•  The BABC duo of Gerard Coleman and Ron Giplaye both signed with Providence, in addition to Jack Yates, a sharp-shooter from Houston - "We are looking forward to having Gerard, Ron and Joe join our squad next season," Davis said. "All three of these student-athletes come from highly successful high school and AAU programs. They should help us continue our quest to make our program one of the elite in the BIG EAST."

•  Rod Odom’s recruiting saga is officially over after signing with Vanderbilt. - "Rod is a very skilled forward who we feel will impact our program greatly," head coach Kevin Stallings said. "He's got unique size and skill at 6-9. He handles the ball like a guard, he shoots the ball very well, and he's a good passer. He'll be another one of those forwards we've had in the past in the Derrick Byars, Dan Langhi, or Matt Freije-type mold."

•  Nate Lubick also put to rest rumors of his second thoughts as the region’s best home grown player in 2010 inked with Georgetown on the first day possible.

•  Iowa State coach Greg McDermott announced that Melvin Ejim signed earlier today - "Melvin is an athletic wing with the versatility to play multiple positions," McDermott said. "He brings a physical mentality and takes great pride in being a defensive stopper. On the offensive end of the floor, he has made tremendous progress in the last year in the development of his perimeter skills. That is a credit to Melvin's work ethic, and that workman-like mentality will allow him to make an immediate impact in our program."

•  Fellow Brewster products Will Barton and Austin Carroll were delayed by the team’s road game at MCI.  Carroll is planning to sign with Rutgers on Thursday while Barton reportedly signed his letter for Memphis Wednesday and will fax it on Thursday.

•  Memphis was not totally empty handed on Wednesday as Will’s brother Antonio Barton, who stars at Notre Dame Prep, did get his letter to head coach Josh Pastner.

•  Central Catholic High School held a press conference in which Carson Desrosiers inked with Wake Forest and Katie Zenevitch signed with Boston College.  Desrosiers also got some love in ESPN’s continuing coverage of the signing period as they stated that he had more potential to improve his position than any other player in the nation’s top 100.

•  UConn got their first NLI as swingman Jeremy Lamb faxed in his John Hancock.

•  Jasper Grassa inked with Bentley today, solidifying the verbal commitment he made a few weeks back

•  Former New England star Phil Pressey is a done deal for Missouri as he is now signed, sealed, and delivered.

•  Fairfield and UMass were acknowledged in Scout.com’s early signing period analysis as having two of the best mid-major classes in the country.  Maxie Esho’s papers are expected to arrive at UMass later in the week due to logistical delays with Esho being in prep school in Maine and his parents at home in the D.C. area.