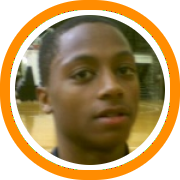 Just about to begin his second season as the head coach at Quinnipiac University and head coach Tom Moore has found the guy he wants to run his program for the foreseeable future.  The Bobcats got a verbal commitment from Dave Johnson this week, a very talented point guard from the St. Mark’s School in Massachusetts.

Before arriving at St. Mark’s in the fall of 2007, Johnson starred at Monmouth Academy in his home state of New Jersey.  While at Monmouth, Johnson was known for his ability to create his own shot and score the ball.  But when he came to St. Mark’s he knew he had to change his game.  Surrounded by the likes of Erik Murphy and Nate Lubick, Johnson had to evolve into a pure point guard – someone who put the good of the team above his own individual offense and statistics.

“Playing with guys like Erik and Nate was a little bit of an adjustment at first,” Johnson told the New England Recruiting Report last spring.  “I had to learn to get it to them in their spots.”

But Johnson proved to be a fast learner as he quickly involved into a true point guard who made those around him better.  And that will be of tremendous value upon joining the Northeast Conference, a league where guard play comes at a premium.  And with Johnson’s ability to create off the dribble and find teammates at virtually any spot on the floor with his fantastic court vision and passing ability; he will be a major weapon for the Bobcats.  The fact that he now knows how to balance his individual creativity with his responsibilities to run the team will make him that much more effective for Quinnipiac, as well as someone who can be relied upon immediately upon arriving on campus.

After watching Johnson and his teammates plow through the class C field last year en route to their New England championship, Moore and his staff continued to follow the point guard’s progress this summer as he starred with the New Jersey Elite AAU program.  And while Johnson was now running with a new group of teammates, it turned out to be the same story as he thrived throughout the July live period.

In Quinnipiac, Johnson is joining one of the premier programs in the Northeast Conference.  With longtime UConn assistant coach Moore at the helm of the program, one of the league’s premier coaching staffs on the sidelines, and the facilities of a high major program the Bobcats are certainly a program on the rise.  And now that they have one of the region’s top point guards in the class of 2009 on board to run the show for the next four years, don’t be surprised to see Quinnipiac atop the NEC standings for years to come.