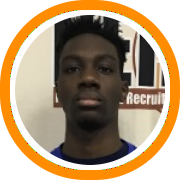 He is the second PSA product to commit to the Bulldogs in the last two years as he'll join former teammate Jose Perez, who was named to the Big South All-Freshmen Team this season.

Reid spent the first two years of his high school career at John Bowne High School in Flushing, New York. He transferred to PSA back in the fall of 2017 and initially opted to reclassify to 2020 where he was generating high-major recruiting interest.

Ultimately, his decision to return to the 2019 class came after this recent season. He attracted interest from a variety of levels and took official visits to both St. Bonaventure and Gardner-Webb before announcing his final decision.

Reid is a 6-foot-8 southpaw big man with a 7-foot-3 wingspan with the tools to play both inside the paint and facing the basket.

He becomes the 8th member of the Mustang's 2019 class to accept a full athletic scholarship.