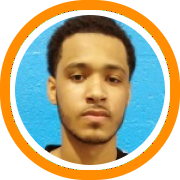 The Hoop Group’s annual Providence Jam Fest came to Rhode Island’s capital city for the 20th consecutive year this weekend and the New England Recruiting Report was on hand on Saturday to highlight some of the top performances.

Here’s a look at some of the prospects who stood out when we were watching:

Jarred Reuter, New England Playaz – Improved conditioning and enhanced assertiveness around the paint continue to be the story for Reuter, who was again at his best on Saturday.  While he scored consistently on the block, Reuter also threw some of his trademark pinpoint outlets to start the team’s break as well.

Jackson Donahue, Middlesex Magic – He’s been the best shooter in New England throughout the first half of the spring AAU season and that didn’t stop on Saturday as Donahue continued to drill shots from long-range and make big plays for his team.

Steve Enoch, High Rise Team Up – The developing big man showed flashes of the upside that has college coaches so excited as of late.  He’s still just scratching the surface of his potential, but there is obvious physical potential to go along with budding offensive versatility.

Anthony Mack, Mass Rivals – The New York import had a big outing for the Rivals on Saturday night, showing both a strong body and super consistent stroke from behind the three-point line in order to spark the team’s offensive attack.

Crew Ainge, New England Playaz – He’s always a high energy player, but Ainge was even more critical on Saturday night because he consistently handled the ball against pressure and made big shots down the stretch of a very good win over a talented House of Sports team from New York.

Tim Preston, Middlesex Magic – He was absolutely pivotal for the Magic on Saturday night, not only attacking the basket hard but also knocking down four huge three-pointers, the last of which came with under one minute left in the game, to push the Magic into the quarterfinals.

Darrick Boyd, Bluejays Elite – The playmaking guard went blow for blow with Donahue in the first game of the day, not only showing his quickness off the bounce but also getting hot from behind the three-point line to show all aspects of his offensive attack.

Chris Baldwin, Mass Rivals – The Springfield Central junior played to rave reviews a couple of weeks ago in Dallas and appeared to pick up right where he left off on Saturday afternoon, covering the court well, showing his athleticism, and getting up to play above the rim on both ends.

Brandon Twitty, Boston Elite 16’s – He opened the day with a huge 40 point performance, including five three-pointers, in a 93-71 opening round win and came back with 20 more in the second round.  By the time the day was done, Boston Elite had won three games and advanced to the quarterfinals.

Aaron Wheeler, New England Playaz 16’s – A young swingman with good size, athleticism, and length, Wheeler had a strong debut with the Playaz’ 10th grade team.  He made a consistent impact on both ends and a couple of high level plays including a big dunk after streaking through the lane.

Greg Kuakumensah, Mass Rivals 16’s – The athletic and versatile lefty makes his presence felt in a variety of different ways, but most of all because he simply plays hard all the time and truly competes on both ends of the floor.

**Connecticut Select, Mass Premier, and Bay State Jaguars all advanced to Sunday’s u17 quarterfinals although we did not have a chance to see them first hand on Saturday**