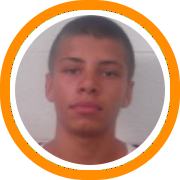 After scoring a huge opening round win over New York Dream Team and then defeating a solid Perkasie Knights squad on Saturday night, the New England Playaz returned to Rhode Island College on Sunday to come up with three more wins en route to the u17 championship at the Providence Jam Fest.

They knocked off a disciplined House of Hoops team in the quarterfinal and then scored a dominant 60-40 win over New Jersey Select in the semis as Jarred Reuter utilized his passing ability to pick apart the opponent’s 2-3 zone.

The finals saw a hard fought match-up with Move Your Feet, a New Jersey based squad that was coming off a good win against QC United from Canada in the other semifinal.

The championship game would go down to the wire.  The Playaz opened a double-digit lead mid-way through the first half, but MYF would cut the lead to 37-29 going into half-time.  Move Your Feet would come back to take a brief lead at the three-minute mark, but the Playaz regained a single point advantage going into the final minute of regulation.

Ultimately, Aaron Calixte’s clutch free-throw shooting would prove to be the difference as the Playaz would hang on to win their second Providence Jam Fest title in the last three years.

Reuter, Kerem Kanter, and Marcel Pettway formed an unmatched interior trio throughout the weekend.  With Reuter facilitating with his passing ability, Kanter and Pettway finished everything inside the paint, albeit in different ways as Kanter was primarily under the rim while Pettway had some explosive dunks.

Calixte provided the lone veteran in what was an otherwise young backcourt, while picking up right where he left off in the month of April, consistently making plays throughout the course of the weekend.

Crew Ainge is a rising junior who has improved by leaps and bounds in recent months.  With a noticeably stronger body but his same trademark energy, he continued to make things happen on both ends of the floor.

Jordan Scurry provided a valuable shot-making presence on the wing while fellow underclassmen, Marcos Echeverria and Nate Duda, both made notable contributions of their own.

The u16 final had a similarly exciting finish as Connecticut Elite’s comeback attempt fell just short in the final minutes, allowing the Northeast Shooters to take the championship.

Joe Shehadi and Perry DeLorenzo both played parts for the champions.  Shehadi, a sophomore at Burr & Burton Academy, went for 19 points in the semifinal showing off his three-point range, while Middlebury Union’s DeLorenzo would make big shots of his own from long-range.   C.J. Davidson, Derron Dunbar, and Tracy Rumley all performed well for Connecticut Elite.