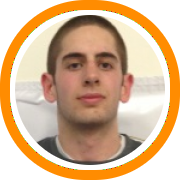 Hampton, NH -- The New England Hoops Festival concluded on Sunday, with round robin games continuing into the afternoon, and championship games concluding the day.  The energy at The Rim was phenomenal throughout the tournament, and reached its peak for the championship games on Sunday afternoon.  NERR would like to congratulate the following teams on their titles in their respective age groups:

The following players stood out on Sunday:

Kevin Durkin (BV Chaos)- For the second consecutive day, Durkin impressed.  He was able to get to the foul line more frequently today.  He was active defensively and strong on the boards, as well.  With Pasquale in foul trouble for BV Chaos' first game of the day, Durkin was able to sustain success in the paint (on both ends of the court) for a big part of the game.

Deondre Rhoden (Metro Falcons)- Rhoden gobbles up the basketball whenever he can get his hands on it.  He is strong with the ball, making it difficult for guards to take from him (whether it be after a rebound or while in the paint).  Rhoden also stepped out and showed off a nice mid-range jumper, as well.

Drew Vittum (BV Chaos)- Vittum is a 6'5 player with great hands.  He takes what the defense gives him, and makes the correct move.  He does not try to force anything, whether it be a pass when there is no passing lane, or a penetration when there is no room in the lane to drive.  Vittum is a very smart player who should make St. John's of Shrewsbury very happy this upcoming season.

Jared Buckley (Central Mass Thunder)- Buckley is a big guard who is adjusting to playing the point.  After playing center for his high school team, Buckley is transitioning to play the lead guard.  His handle is improving, and he keeps his head up on the fast break and looks to advance the ball with the pass.  It is evident that he has experience playing defense in the post, as he keeps his hands up and rotates well from all spots on the floor.  His defensive versatility is one thing that makes Buckley so valuable to his Central Mass Thunder 10th grade team.

Nick Pasquale (BV Chaos)- Pasquale had the center court rocking with several thunderous dunks on Sunday afternoon.  He is smooth in going to the hoop, and is able to finish around the basket when he goes up strong.  While his offensive game is emerging, his work on the boards and on defense make him a very valuable player for his team.

Chris Myers (Metro Falcons)- Myers is a quick point guard who pushes the ball in transition.  He gets into the lane with one move, and goes right by his defender with a quick burst of speed.  Myers has an improving floater that will make him even more dangerous in the future.

Jordan Mello-Klein (MABC)- The MABC guard helped lead his team to the championship on Sunday at The Rim.  The lefty is an efficient point guard armed with a good floater.  He showed great patience within the lane to wait for an opening to attack.

Bala Thaim (Metro Falcons)- A big man with a good deal of potential, Thaim showed a nice spin move and a good feel for when to make a move in the post.  His weak side defense is very strong, as Thaim has quick feet to be able to slide to the right position.

Steven Azuns (MABC)- The big man has good size and broad shoulders that can support more muscle in the future.  He is a physical player down low and has developing post moves that were on display on Sunday.  He is a post player that will get better with time and more repetition, having laid the groundwork for a successful high school career.

Troy McLaughlin (Metro Falcons)- McLaughlin has great size for a guard.  He is always in control of the offense and never gets outside his comfort zone on offense.  His strong physique allows him to finish strong through contact, as well.

Luke McLaughlin (Metro Falcons)- A young and versatile six-foot-six player from Tappan Zee High School in New York, McLaughlin can attack from various spots on the floor while also defending multiple positions and has a consequently high ceiling.

Homry Kaba-Kaba (St. Jean Vianney Dragons)- Making the trip down from Montreal, Kaba-Kaba showed a lot of potential throughout the weekend.  He had a great block on a player at least nine inches taller than him toward the end of the day, too, that had the whole crowd come to its feet.  He is athletic and has a good base of moves.

Joel St-Clair (St. Jean Vianney Dragons)- The Dragons played up a in the Varsity pool, but their team consisted of 15-year-olds and 16-year-olds.  Many of their players, including St-Clair, benefitted from playing against players a year or two older.  St-Clair has a quick first step that he uses to get by his defender and displayed a nice floater that he banks off of the backboard, a smart play that not enough young players work on.

Bradley Daniel (St. Jean Vianney Dragons)- Daniel has a good frame that can support more muscle in his upper body.  He is aggressive on the boards and is strong with the ball now.  If he continues to get stronger, he will be a load in the paint and on the boards.

Mike Taylor (West Side Running Rebels)- The Taconic HS (MA) product took it strong to the hole all day long.  He is a hard-working big man who surges into the lane with power, and is hard to stop.

Aiden James (Wellesley Basketball Club)- The guard is a smart, active member of the Wellesley squad that will be one to watch this season in the MIAA.  They had a very good weekend here at the New England Hoops Fest.  James also hit some big shots throughout the weekend when his team needed them.

Sean Sweeney (BV Chaos)- Sweeney finished through contact especially well on Sunday.  That, along with his tough defense, is a key factor in BV Chaos' success this weekend.  Successful programs do not consistently win without players like Sweeney.

Shaun McCarthy (Central Mass Thunder)- The Oxford HS sophomore played big for his team inside, showing off soft hands and a ability to finish around the basket (with and without contact).  McCarthy makes himself a big target inside and comes to the ball to catch it, a mature skill for a young post player.

Anthony Pena (Premier Hoops)- A long and lanky guard, Pena starred for Premier Hoops' 9th grade squad.  He hit some big shots all weekend, and should be an intriguing prospect to watch in the coming years.