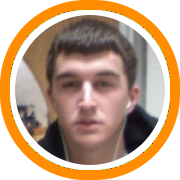 Prior to this week most prep school teams hadn’t been in action since before the Christmas holiday.  Consequently, this weekend marks the first time in nearly a month that these teams have been back on the floor.

Although most NEPSAC games are played on Saturday, some schools got an early jump with Friday night match-ups.  Here is a look at some of the more notable results.

Northfield Mount Hermon 89  New Hampton 83 – Junior swingman Laurent Rivard scored NMH’s first 17 points of the game, all coming in the first five minutes, as he led his team to a 17-8 start.  But New Hampton would fight back and end up taking the lead in the second half, only to see NMH rally behind the home crowd to earn the win.  Rivard finished with 34 points, 5 steals, 3 rebounds, and 3 assists while Brian Fitzpatrick chipped in with 10 points and 8 rebounds.  Jordan Callahan had 20 points for New Hampton while Chris Gaston and Kyle Odister both finished with 18.

Brewster Academy 95  South Kent 73 – The defending NEPSAC champions began 2009 in commanding fashion as they defended their home court against a talented South Kent team.  Naadir Tharpe led the way with 19 points and 12 assists while Melvin Ejim topped the point chart with 20.  Derrek Tartt chipped in with 16 while Thomas Robinson added 12 and 12.  With the victory Brewster moves to 8-5 on the season while South Kent falls to 8-3

Winchendon 68  MCI 61 – Winchendon hosted MCI and came away with the victory behind strong performances from Preye Preboye and Eric Ferguson.  Preboyle finished with a team high 16 points while Ferguson had 15 including an electrifying dunk where he took off from the first marker to dunk on top of an oncoming MCI defender.  Mitch Rolls led the way for MCI as he connected for four three-pointers and 17 points.

Tilton 98  Proctor Academy 74 – The Tilton School extended their undefeated season as well as their dominance over class B on Friday night as they knocked off local rival Proctor Academy.  The Rams had built a 20+ lead by halftime and ultimately got extremely balanced production as Scott Tavares finished with 21 points and 6 assists, Jamal Coombs 17 points (all in the first half) on 7-11 shooting, Gerard Coleman 18 points, and Alex Oriakhi 14 points and 3 blocks.  Tilton will have another test on Saturday as they visit Cushing Academy.

Marianapolis Prep 60  Cushing Academy 55 – Two of class B’s most prestigious programs locked up in Ashburnham in a defensive battle.  Corey Wright Jr. and Tyler Strange engaged in an entertaining individual battle at the point guard position as Wright finished with 25 and Strange 21 and 5 assists.  But Marianapolis built their advantage up front as both Reuben Cabrea and Noel Jones finished with double-doubles going up against a Cushing front line that was missing Kevin Barr.